After the Fed announced last week that it would extend its zero interest rate policy for another two years I flipped out. I thought the Fed’s actions were flat out wrong for a dozen reasons. I lead with this one (Link):

This action is indefensible on the economic merits. This move is not motivated by sound monetary policy. It’s motivated by politics. This is a payback to Obama. Shame on the Fed for mixing politics with money.

It’s all well and good when a low rent blogger like me throws stones at Bernanke and the Fed and accuses them of playing fast and lose by mixing monetary policy with politics.

It’s quite another matter when a serious presidential candidate says pretty much the same words that I used. The difference is that Governor Perry called Bernanke’s action “Treasonous”. That is a fair bit stronger then me saying “Shame on Ben”.

When the Perry/Treason story first broke I just laughed. I thought Perry would have to back off. Not a chance. He has not backed down a bit. When asked by reporters today he said:

“I stand by what I said”

To me, this just got ugly, DC style.

I am a cynical son of a bitch. (I’m the first to admit that) There is a part of this story that is not being told.

Perry’s candidacy has been telegraphed in the press for weeks. Every DC insider had this on their radar. Including Bernanke. Including his cohorts. Two weeks ago they have a meeting. It goes like this:
.

BB: (commandingly)
I’ve called this meeting to give you my thoughts on which way we should move policy at the upcoming meeting. I expect you to conform to this view:

Cohort #1 (obediently)
Whatever you say!

BB: (sternly)
While it is true that the economy has slowed of late it is the collective Fed forecast that growth will pick later in the year. There may be some moderation in energy prices in coming months, but the cost of rent will continue to push core CPI higher than our target.

Cohort#3 (sheepishly)
Yes! Yes! All that you say is true! We must balance our obligations to our dual mandate. You said that on TV Mr. Chairman! We must maintain policy as it is. We should not be more nor less accommodative at this time.

BB: (condescendingly)
As a policy matter you are correct. But we must play politics as well as run the global monetary system. I have a source who has given me a tip on what will come in the future. This information has forced me to change strategy. We must do something to shore up the stock market.

Cohort #4 (female voice)
Oh Gosh! That sounds scary! Is there some new economic crisis pending that we don’t know about?

BB: (exasperated)
I said it was political! It’s Rick Perry. That SOB from Texas. He’s running for President. I hear he is going to use the Fed, and me in particular, as his stalking horse into the White House.

Cohort #4 (fearfully)
Oh Dear! That sounds dreadful. How do you have this valuable information.

BB: (slyly)
Ha! I have a few friends in town. One of the guys in the banking lobby gave me the heads up. Perry’s campaign goons are out raising money. They are selling Perry as an upscale Ron Paul. He hates the Fed and that will be a plank in his campaign.

BB: (forcefully)
We can’t do another LSAP. That never worked. The only thing available to us is to extend the zero rate policy to a period past the next election. We have to take this bold step before Perry gets a national stage. We have to get infront of this guy. Out maneuver him.

Cohorts #3 (stupidly)
Wow! This is fun! Almost like Watergate! We get to do dirty tricks!

BB: (definatively)
Perry started it. We finish it.

We take this step now. Then we sit on our hands unless there is a true emergency. We can say we were politically neutral. Even if that is not the case. We will get infront of any of Perry’s public diatribes. We will take the high road publicly and be laughing all the way to the bank behind the scenes.

Cohort # 1 (nervously)
There’s only one problem Boss. Plosser, Fisher and Kocherlakota will never go along with a two-year extension of ZIRP! That would mean there would be three dissenters! We don’t want that, do we?

BB: (Angrily)
Screw it! I don’t care what they say! I have the vote. I have you all in my pocket. Let them dissent. I have to do what I have to do. I want to deflect Perry. This will be my only chance. This will help stocks. That will keep Obama in office. And then I can keep my job as the head of the Department.

All kidding aside, the Perry Development has tied Bernanke’s hands. Those hands won’t come untied again unless there is a significant “emergency”. What we have today, we will have for the next 18-months. There will be no more from the Fed.

So much for the Bernanke Put. 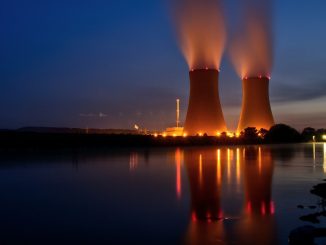