Is Macro Man’s non-predicition # 6 about to get thrown back in his face? The stars seem to be aligning for markets to seriously contemplate the timing of Fed rate hikes. Consider the evidence for the prosecution:

The confluence of these factors is curious, to say the least. Then again, so, too is the relatively muted reaction for fixed-income markets; US yields are still down on the week. Of course, while Hoenig and Bullard are hawks, they do have dovish counterparts on the board….most notably a certain “B. Bernanke”, whose Great Depression scholarship will no doubt make him all too familiar with the 1937 comparisons that have arisen in recent days.

The implication that the Fed’s own Taylor rule analysis is interesting, but hardly overwhelming; after all, it was just a few weeks ago that several FOMC members were arguing for more QE! That’s hardly the behaviour of a group that is going to put rates up any time soon.

As for the rate advisory, it looks like it was lifted straight from a textbook. Reading the actual text, it’s pretty clearly not intended for any sort of sophisticated institution; indeed, it looks like an addition to a guideline corpus that extends back nearly 15 years. So Macro Man is a bit loathe to itnerpret this as a “nudge, nudge, wink, wink” warning that rates are going up soon.

Finally, the employment data. While it may well prove positive, and that may perhaps result from s/a factors, it seems odd that none of the 76 professional forecasters surveyed by Bloomberg appear to have noticed the impact cited by Zerohedge; the highest forecast of that group is a “mere” +100k.

In any event, as cited yesterday, the spare capacity in the labour market is enormous; based on the U-6 data, the true level of unemployment in the US is over 26 million; that’s more than the entire population of Australia or Saudi Arabia. That looks like quite a bit of resource slack to Macro Man, especially for a central bank with an employment mandate. So in any ways, he hopes for a big print today that sends short-end yields screaming higher; it could well set up an entry point for the first big trade of the year. 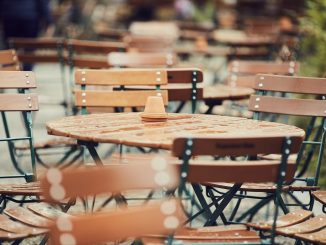