ADA, the native coin for the Cardano network is on the cusp of closing its fifth week in a row on a bearish note, cancelling its 51% gains made between the March 7, 2022 – April 3, 2022 period.

Since peaking at an all-time high of $2.96 in Sept. 2021, ADA has lost over 77% of its value and is currently trading at $0.66. The last time price dropped this low was in early February of last year, according to data from Coinmarketcap.

However, on-chain data suggests that ADA buyers are still very much in control despite the carnage in wider markets. For instance, the number of unique addresses holding ADA has been growing at an unprecedented rate.

In the past month alone, the number of new addresses jumped by nearly 100,000. This suggests that long-term holders are still HODLing onto their ADA bags despite the recent price crash and are confident that Cardano will eventually bounce back.

Now, these addresses cumulatively hold 33.7 billion ADA, which is more than 36% of the total ADA coins in circulation.

The balance held by traders – addresses holding for <30 days, has increased by 186% in just 30 days.

These addresses now collectively hold 36.14% of the $ADA supply. pic.twitter.com/CqwyDhY3zq

Furthermore, according to the most recent data from on-chain analytics firm Santiment, whales, who seem to have been taking advantage of the altcoin’s recent price dips, have been on a buying spree lately, scooping up huge amounts of ADA. In fact, over 196 million coins have been bought in the last six weeks by whale addresses with a balance of 1 million to 10 million ADA.

This is despite this group selling only 1.7 million ADA over a 7-month period that saw the altcoin lose a whopping $70 billion from its market cap. But the tides have turned and the whales are back!

What does this mean for the future of ADA? Only time will tell. But one thing’s for sure: such a trend shows strong control over ADA by whales whose price performance is certainly making a splash in the crypto market.

Cardano lost 12% during today’s trading and changed hands at $0.66, accelerating its weekly decline to about 15%. 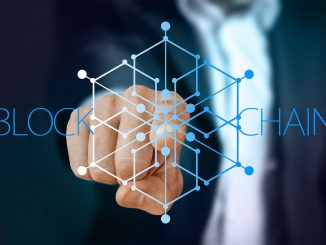