Metaverse is the latest buzzword in the tech world, and it’s no surprise that Citigroup (NYSE:C) is the latest banking behemoth to give an optimistic forecast for its future. After all, this new virtual world has the potential to change everything.

In fact, metaverse is an emerging technology that extends reality by combining digital and physical worlds. It has the potential to change the way we work, live and play.

With metaverse, you can create and experience anything you can imagine. You can travel to new destinations, meet new people, and do things you never thought possible. Metaverse is the next step in the evolution of technology, and it’s poised to change the world as we know it.

“We believe the Metaverse is the next generation of the internet—combining the physical and digital world in a persistent and immersive manner—and not purely a Virtual Reality world,” Citi said in a report released on Thursday, noting that the immersive experiences will be “device-agnostic,” meaning, users will have access via various devices, including smartphones, PCs, and game consoles.

This all-encompassing approach that will result in a large ecosystem is what sets Citi apart from other firms in the space. Rather than being siloed in one particular area, Citi is taking a holistic view of the metaverse and its potential implications for business and society. This broad-minded approach will undoubtedly yield many benefits in the years to come.

According to the New York-based multinational lender, the metaverse economy could expand quickly and count up to five billion users. Citi also says that based on its broad definition, it estimates “the total addressable market for the Metaverse economy could grow to between $8 trillion and $13 trillion by 2030.”

The bank states however, that achieving these targets will require substantial investment and technology enhancements.

“The content streaming environment of the Metaverse will likely require a computational efficiency improvement of over 1,000x today’s levels”, the report said, adding that “[i]nvestment will be needed in areas such as compute, storage, network infrastructure, consumer hardware, and game development platforms.”

Citi is not the only global investment bank with its eyes on the metaverse. Earlier this year, Wall Street’s most influential firm Goldman Sachs (NYSE:GS) said the metaverse could be an $8 trillion opportunity. Rival investment firm Morgan Stanley (NYSE:MS) similarly anticipated the same figure in November 2021.

The Metaverse Ecosystem: Evolving Toward Singularity 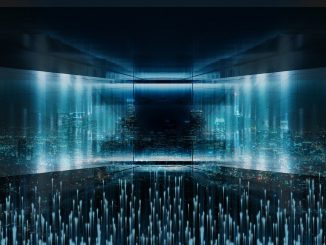