Square Inc‘s (NYSE:SQ) stock price plunged Wednesday Oct. 10 after the company’s Chief Financial Officer Sarah Friar said she will be leaving the payments company at the end of the year to become CEO of the fast-growing San Fransisco-based social networking service NextDoor. Square shares nosedived more than 9% in extended trading just after 5 p.m. on Wednesday following a 10% drop in regular hours amid a market rout.

“As Square’s CFO, Sarah steered us through an IPO and helped build a growing ecosystem of businesses that will scale into the future,” Square and Twitter (NYSE:TWTR) CEO Jack Dorsey said in a memo.

Nextdoor released its own statement about Friar, highly praising the Silicon Valley executive while highlighting the fact that from the very beginning of the company’s CEO search, Friar’s name was their ”top choice”.

Often described as Dorsey’s right-hand woman at Square, Friar, a software analyst who grew up in Northern Ireland and studied engineering at Oxford, said the “past six years at Square have been an incredible journey.” The former managing director of Goldman Sachs added: “It is rare to work at a company that aligns such a meaningful purpose with unbounded market opportunity. It has been a privilege to work with such a talented executive team, who pushed me and the company to move further and faster every day.”

Square, meanwhile, said they will start hunting for Friar’s replacement. David Viniar, Goldman’s former CFO, and Roelof Botha, former CFO of PayPal, will “partner” on the search, Dorsey said in his memo.

Square has had a solid year-to-date. Even with yesterday’s price-per-share drop following Friar’s news, the stock’s return stands at more than 110%. On a year-over-year basis, the name is up 162.63%, outperforming the S&P 500 which is up 12.90% year to date. 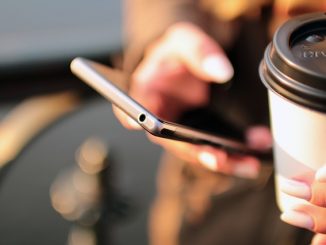