Counterfactual communication is a kind of quantum communication where no particles travel between recipients to transmit information. For the first time ever, a team of Chinese scientists has successfully demonstrated, at least experimentally, that this type of communication is possible. Specifically, the team was able to transfer a monochromatic bitmap image from one location to another without making use of any physical particle to achieve the transfer. And they did it by applying the quantum Zeno effect.

Don’t worry if you got lost in those statements somewhere. We’re delving into the quantum world, after all. And in there, nothing is really simple. In fact, everything about it is like straight out of science fiction. So just brace yourself for more quantum weirdnesss.

Applying this effect, the research team designed a set-up consisting of two single-photon detectors placed in the output ports of an array of beam splitters, with nested interferometers measuring the system to ensure it doesn’t change. In theory, because of the quantum Zeno effect, it should be possible to predict which of the single-photon detectors will click when photons are allowed to pass through. This also incorporates the idea that counterfactuality requires a quantum channel between sites, and if a quantum particle happens to cross that channel, the system will have to be reset.

The experiment, as described in Phys.org, went as follows: ‘Alice transfers a single photon to the nested interferometer; it is detected by three single photon detectors, D0, D1 and Df. If D0 or D1 click, Alice concludes a logic result of one or zero. If Df clicks, the result is considered inconclusive, and is discarded in post-processing.’

When the communication of all bits was done following the given process, with logic 0 corresponding to black pixels and logic 1 corresponding to white pixels, the team was able to recreate the image being transferred — a black and white bitmap of a Chinese knot.

According to the team, aside from applications in quantum communication, their technique could also be used for activities such as ‘imaging ancient artifacts that would be damaged by directly shining light’ because as their experiment showed, only the phase of light mattered; its intensity was irrelevant.

The research was recently published in the journal Proceedings of the National Academy of Sciences. 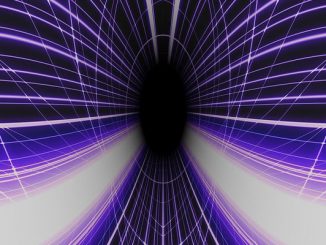