In November last year, esteemed cosmologist and theoretical physicist Stephen Hawking gave the world an apocalyptic warning: that we had 1,000 years to find another planet to thrive in, or our species will be doomed. As grim as the warning was, it didn’t sound as terrifying then because there was something sort of surreal about it — no one alive today will still be alive when that threshold is crossed.

But that was then. This time, Hawking is giving us another warning, and it’s far more ominous. Instead of a thousand years, he now says that we only have one hundred years left before doomsday arrives, unless we manage to become an interplanetary species by then.

That’s a big jump of 900 years, and it took only a few months for the timeline to change that drastically. As far as we know, the potential threats that could bring about humanity’s extinction remain the same. This includes overpopulation, climate change, epidemics, asteroid strikes and AI takeover. We can only surmise, however, that because of the way our technologies are advancing at accelerated rates, we might be inching closer to the end at exponential rates too.

There may be an ironic twist to it, though. Sure, we are probably destroying our planet faster. Climate change is getting worse. Global temperature is continuing to rise, with 2016 being the hottest year ever, and 2017 likely going to be among the hottest years in history as well.

There’s no significant population control mechanism being implemented to stave off the world’s booming population. More and more species are becoming extinct. Superbugs are becoming more super, infecting and killing an increasing number of people each year. The risk of a global pandemic is rising as a result of growing megacities where disease can spread among more people faster.

Our ice is melting quicker. Our seas are becoming more acidified. And so on and so forth. You get the picture.

On the other hand, our technology is fast developing too. Which means there might be a glimmer of hope in sight. Maybe our technology can catch up in time to fix this mess we brought upon ourselves so we don’t have to leave our planet. Or if we can’t fix it, maybe our technology will be developed enough so we can escape from this mess and find another world to colonize. (Calling on SpaceX CEO and founder Elon Musk, NASA and China: how are your Mars mission plans coming along?)

Hawking will elaborate on his latest prediction through ‘Expedition New Earth’ — a new documentary scheduled to begin airing on June 15 as part of BBC’s Tomorrow’s World year-long season of science. Together with one of his former students, Christopher Galfard, and engineering professor Danielle George, Hawking will also show how we will be able to live on another planet.

Assuming we can actually get to Mars (or any other planet for that matter) and survive there, there’s a much bigger issue we’ll have to face then: who actually gets to go there? Now that’s something technology won’t be able to answer for us. 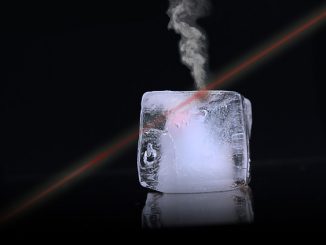