Scientists say that we’re currently in the middle of Earth’s sixth mass extinction. According to available data, approximately 30 – 150 species become extinct each day, and over 300 kinds of animals have disappeared since 1500. And it’s mostly because of us humans and our disastrous ways.

Some animals we could do without (like dinosaurs, of course), but some animals we need for ecological balance. Specifically, we’re badly in need of help with our global warming predicament right now. It’s a good thing then that ‘extinct’ no longer has to mean ‘forever gone’. Because now, believe it or not, it’s possible to ‘de-extinct’ species — in other words, bring them back to life. How? Through genetic engineering.

If de-extinction can be done successfully, the next big question is this: which species do we resurrect? Apart from choosing those that can provide the most benefit for their ecosystems, University of California Santa Barbara (UCSB) ecologists also specify these priorities through the guidelines they published a few months back: “(i) select target species from guilds with low functional redundancy; (ii) concentrate on species that went extinct recently rather than older extinctions; and (iii) only work with species that can be restored to levels of abundance that meaningfully restore ecological function.”

Based on these guiding principles, one of the two leading candidates for de-extinction is the woolly mammoth, an elephant-like animal that lived in the Arctic around 4 millennia ago. As research has shown, the disappearance of these animals caused a drastic negative impact on their habitat. When they lived in the Arctic, it was an ecosystem of grasslands. When they went extinct, the Arctic grasslands transformed into the Arctic taiga and tundra we have today.

So what can woolly mammoths do to restore ecological balance and help save our planet from the worsening effects of climate change? They just have to trample on the snowy ground and dig through the thick ice to reach the grasses beneath. By doing this, they will be able to lessen the snow’s insulating power so the cool Arctic air can sink deep into the ground and keep the earth frozen. This, in turn, will prevent the disastrous melting of permafrost.

And what good will this do? Think about it. They say that there’s twice more carbon in permafrost than in what we have in our atmosphere today. So if we just let all that permafrost melt, it’s as if we’re letting all that carbon out to destroy our world even faster. With large herds of animals, specifically herbivores or the plant-eating ones inhabiting the region, however, melting of permafrost will be prevented and the devastating effects of climate change in the Arctic can be circumvented.

The rationale behind this has already been seen in initial tests. In areas where animals roam, the soil was colder by around 30 degrees Fahrenheit compared with soil in areas where the snow remains untouched.

To bring back the woolly mammoths, a team of Harvard geneticists led by George Church copied genes from the extinct animal (using the CRISPR gene editing tool), then spliced these genes into the genome of an Asian elephant. The hope is that the modified elephants can become more mammoth-like, with enough features and characteristics that can give them the capability of surviving in the icy Arctic and do what the extinct mammoths did — revive the grasslands and maintain that ecosystem.

It’s now close to two years since we first found out about the de-extinction efforts of George Church’s team. Sadly, there’s been no report of significant progress since then. But with the state of the Arctic becoming more alarming, we hope that the envisioned benefit of de-extinction can be realized soon and hopefully, before the Arctic completely melts away into extinction. 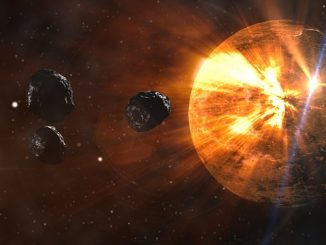