Just hearing the words nuclear waste can be enough to make some people cringe because of what happened at Chernobyl. It’s time to put the memory of that disaster behind as scientists may have found a way to turn nuclear waste from useless, dangerous junk to useful, long-lasting electric power generators.

The breakthrough method was presented a few days ago at ‘Ideas to change the world‘ — the 2016 annual lecture of the University of Bristol’s Cabot Institute.

Aside from dealing with the threat of global warming, another challenge the world has been facing is nuclear waste disposal. It’s not just a matter of storing it; more importantly, it has to be stored in a way that it will not be able to produce carbon dioxide. In other words, it has to be stored safely until it is no longer radioactive. Diamond batteries may be the solution.

Right now, the UK has about 104,720 tons of nuclear waste in the form of graphite blocks which were previously used for first generation nuclear reactors. These graphite blocks have to be kept in storage to prevent their inert carbon from turning into radioactive carbon-14. The Bristol scientists have figured out a way around this.

By heating the radioactive blocks, the radioactive carbon-14 gas is released, collected, then turned into artificial diamonds through the combination of high temperature and low pressure. Once formed, the c-14’s beta particles react with the diamond, generating electrical current by bouncing off electrons. The diamond, being radioactive itself, has to be enclosed in a non-radioactive container to keep it from emitting harmful radiation. The result is a man-made, non-radioactive, electricity-generating diamond.

The diamond battery is capable of generating a minimal amount of electricity. With 1 gram of carbon-14, it can produce only about 15 Joules per day. To put that in perspective, a standard AA battery weighing 20 grams can generate around 700 Joules per gram. So in comparison, 15 Joules is quite small. However, that isn’t really the battery’s main benefit.

When used continuously, a standard AA battery with a storage capacity of 700J/g will run out of power in 24 hours. In contrast, it will take 5,730 years before the diamond battery with carbon-14 can even reach 50% of its power. This means that although it can only produce a fractional amount of power, it will generate energy for more than 5 millennia.

The battery will be especially useful in situations when recharging or replacing conventional batteries isn’t possible. In a press release they issued, Professor Tom Scott, one of the Bristol researchers involved in the project said: “Obvious applications would be in low-power electrical devices where long life of the energy source is needed, such as pacemakers, satellites, high-altitude drones or even spacecraft.”

If you happen to have suggestions on what else the diamond batteries can be used for, the researchers are encouraging that you share it through Twitter via #diamondbattery. For all you know, your idea might turn out to be a life-changing one. 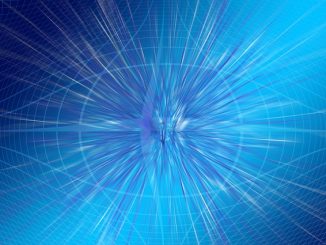 1 Comment on Diamonds Last Forever. So Will Diamond Batteries