It’s no secret that Mark Zuckerberg has been campaigning hard to provide free internet or at the very least, cheap connectivity to remote places all over the world.

In fact, the social network founder just came back from India and the purpose of his trip included offering affordable internet in far-flung towns. Facebook (NASDAQ:FB) also spent hundreds of millions of dollars on AMOS-6, a satellite which if it hadn’t been for the sudden explosion of Elon Musk’s Falcon 9 rocket would’ve provided affordable internet in Africa and selected territories in the Middle East.

Just recently, Facebook was reportedly in talks with the US government and wireless carriers to provide free internet to Americans who are not connected. One has to wonder what’s the motivation behind the campaign for free internet. But if you think Facebook execs are pushing for cheap connectivity out of the goodness of their hearts, well, you better think again.

According to a Washington Post feature, Facebook plans to introduce the Free Basics program to the US. Free Basics, which aims to provide free internet to low income users, was the same controversial program that failed spectacularly in India and Egypt. Essentially, Facebook teamed up with major wireless carriers to provide a simplified version of the internet without charging for data.

What Facebook failed to explain is that Free Basic creates a walled off internet that allows the social network to push cherry picked services from its partners in exchange for low income users’ personal data. Sure, the free internet is nice and all but it’s also Facebook’s sneaky way of acquiring more members and raking in $$$.

The reason why Free Basic was shut down in India and Egypt is that it gives selected telecom carriers an unfair advantage over its competitors. In addition, the program gives Facebook control over how users use the internet. Since only pre-approved websites and services are accessed through Free Basic, Facebook is eliminating its partners’ competitors by offering exclusive content. If you’re not part of the program, users won’t access your content via Free Basic.

Although India and Egypt came to their senses and banned Free Basic, Facebook managed to get 49 other countries to sign up to the service. Now that there is a real possibility of the service being implemented in the US, Facebook is one step closer to creating its own distorted version of the internet and this could pave the way to questionable practices, including unlimited access to personal data and making money off it.

In addition, there’s no real guarantee that Free Basic will remain free. Facebook could pull the plug on the service anytime and score millions of personal data or charge its partners to stay in the program.

Even more terrifying is the fact that Facebook executives have been developing a strong presence in Washington for years, influencing key members of the US government for the company’s own personal gain.

With the majority of the human population being Facebook users, there’s no doubt that the social network got people hooked. In the process, Facebook has been controlling the kind of content seen on users’ feed. And why stop at connecting people when you can control the internet? It seems Facebook is about to go full Skynet on us. 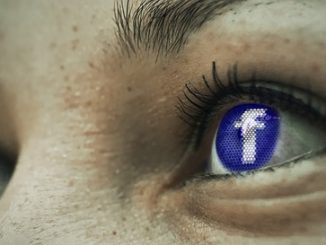