In a statement, Nascent Objects CEO Baback Elmieh announced the deal and expressed his excitement over the new venture.

“We’re excited to build products that can open the world to everyone and create on a scale we couldn’t have imagined before. People have become used to the idea that with software, you can have whatever you want, whenever you want it. We want to make this happen with hardware — and we think Facebook is the best place to make this a reality,” he writes.

In her Facebook post, Dugan gave more details about the deal saying, “Nascent Objects [is] joining Facebook to work with us in Building 8. Together, we hope to create hardware at a speed that’s more like software.” The Building 8 VP also posted a short clip along with her Facebook shoutout.

Elmieh confirmed that the hardware company would turn into a prototype incubator, turning concept products into real hardware. With the help of Facebook, the startup allows developers to build and deliver products within weeks, instead of years, making production cheaper, faster, and more accessible.

Nascent Objects has developed a system that enables consumers to design and build their own hardware. The electronics system can be used to develop hardware using reconfigurable components; enabling users to create their own prototype products without dealing with the usual hassles that come with traditional prototyping methods. With the startup, Facebook plans to reduce the wastage for hardware lifecycle.

Facebook executives have not disclosed the terms of the deal but Elmieh said that key members of the startup would be joining the social network.

Information about Building 8’s products remains scarce but rumor has it that Facebook is developing a modular phone to augment the social network’s bid to connect people all over the world. Nascent Objects may play a role in developing such product since the tech firm specializes in modular hardware.

Another plausible explanation for the acquisition of the startup is to boost Facebook’s campaign to deliver connectivity on a global scale. The campaign, which has seen several roadblocks, aims to widen the social network’s worldwide reach. Industry insiders believe that Facebook could be developing a drone to spreading affordable internet to remote areas all over the world and that Nascent Objects would be used to develop churn out more drones for the project. 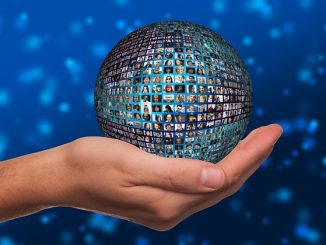