Just when you think Microsoft Corporation (NASDAQ:MSFT) has given up on the smartphone business with the lackluster demand for its Lumia-branded smartphone, the Redmond tech giant is rumored to be developing a Surface smartphone. And the smartphone in the works will come with a feature that most Apple (NASDAQ:AAPL) users will find familiar: a fingerprint scanner.

The patent, which was filed with the World Intellectual Property Organization [WIPO], utilizes a system that works with a wave guide, which activates a sensor on the side of the display to analyze the unique ridges of a fingerprint placed on the screen. According to UberGizmo, the light will be transmitted through a fiber-optic cable to complete the finger print scanner implementation.

Although the patent was granted to Microsoft, there’s no telling if the company will use the technology for future smartphones. Some companies habitually collect patents with no intention of utilizing them at all. Still, this could be a big boost for a company that’s been aggressively taunting Apple for lagging behind on innovation. Incidentally, Apple is also rumored to be developing a similar feature, which if rumors are to be believed, will debut on the iPhone 8.

At the moment, details about the Surface phone remain elusive. However, our sources say it will come with different versions, similar to iPhone’s 7 and Plus model. The high-end version of the Surface phone is rumored to come with Snapdragon processors and the latest hardware.

The fingerprint scanner will be one of the many biometrics that Microsoft is integrating to its smartphone range. Typically, fingerprint scanners are installed under the home button much like iPhone and Android devices. By putting the scanner directly on the screen, Microsoft could be testing a different strategy to distinguish itself from its rivals.

Microsoft has yet to announce the Surface smartphone and though Mary Jo Foley of ZDNet offered more information about other Surface-branded devices – including the Surface Pro 5 – she made no mention of a smartphone in the works. It appears that Microsoft’s concept phone remains, well, a concept.

If say, the Surface smartphone is indeed in the works, it is likely to debut after other devices from the Surface range have debuted and that entails more waiting either early or late next year.

Taking Advantage of the Microsoft Warning 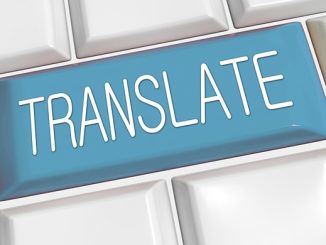