Google+ might not be the social media behemoth that execs hoped it to be but the search engine giant is not quitting on social media, far from it. The company is reportedly reinventing YouTube by introducing social features designed to boost user engagement, attract more subscribers, and enable stars to reach out to their fans.

As the world’s most widely-used search engine, Alphabet Inc (NASDAQ:GOOGL) is capitalizing on social media to promote its many services. And just like Facebook Inc (NASDAQ:FB), YouTube has always been a major source of social activity online.

According to a Venturebeat report, YouTube [YT] will be introducing a new feature later this year called “Backstage.” This feature allows YT members to share photos, texts, articles, videos, and polls to their subscribers. What’s more, Backstage will present new ways to share videos, including uploading traditional and Backstage-only clips to develop a more personal video sharing experience between popular YT personalities and their legions of followers.

Google’s latest move is smart, considering that YouTube never lost its appeal to users despite emerging platforms like Instagram, SnapChat, and Twitter (NYSE:TWTR). In fact, the online streaming network consistently ranks high in terms of user engagement. The transition to an even more social YouTube is aimed at making conversation between users easier and inciting excitement within its growing community.

So, what does YouTube have that Facebook don’t? For starters, YT is part of a larger network (which is, Google) and that means getting access to all the monetization tools needed to overtake Mark Zuckerberg and the gang.

Commanding a larger audience is easier (and much more lucrative) on YouTube because all it takes is to join the site’s revenue-sharing program and then letting Google post ads on your clips. Thanks to Backstage, posting a photo or running a poll on YouTube could mean more profits to stars and advertisers, making Backstage a worthy rival to Facebook.

Viral videos, particularly headline-worthy live streaming; typically originate from the social network. Insiders believe that Facebook’s video clips are starting to gain traction on YouTube’s turf, prompting Google to take on Facebook on the social front. By offering new ways to converse, Backstage could reverse the one-sided communication between stars and fans.

Google execs clarified that Backstage will not be a deviation from YouTube’s core function, which means video sharing will remain as the primary feature of the online streaming site. Backstage is only designed to make YouTube a better place to talk about videos. The new feature has a potential to redefine YouTube’s passive experience into something more active to fend off the competition.

At the moment, Backstage is only limited to YT’s most influential stars and the features remain limited. However, as the new feature gains more traction, it will be rolled out to the masses to make YT even more engaging.

Google Glass Goes On Sale to the Masses – While Stocks Last 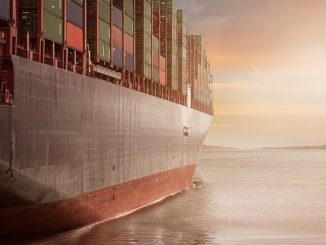