The rise in price target was due to the increasing favourability of U.S. fleets and small businesses to the advanced driver assistance systems (ADAS). About 30 percent of the fleets have shown interest in increasing their purchase of ADAS over the next few years. These fleets buy between 5-20 percent of “new light-and medium duty vehicles.

Mobileye expects that 40 percent of all vehicles will have ADAS functionality by year 2022. It is also expected that no new players will emerge to challenge the company’s dominance.

Potter was referring to Chris Urmson, the chief technology officer of Google’s self-driving car unit, who announced in a blog post on August 5 that he will be stepping down from the company after seven-and-a-half years of working for the company.

“After leading our cars through the human equivalent of 150 years of driving and helping our project make the leap from pure research to developing a product that we hope someday anyone will be able to use, I am ready for a fresh challenge,” Urmson said.

According to The New York Times, Urmson’s departure comes after Google (NASDAQ:GOOGL) hired Hyundai America’s former president and CEO John Krafcik last year. Krafcik became the chief of Google’s self-driving car project, part of the company’s plan to spin the effort out as a stand alone company under the Alphabet, Inc. umbrella.

Urmson argued that the quarrel was the reason for his departure. A spokesman for Google declined to comment on the discussions. Urmson is the latest member of Google’s self-driving car team to quit the company.

The Fly also notes that Potter highlights in his research the fact that the Urmson incident shows the difficulty that Silicon Vallley companies face when they try to disrupt the automotive industry. Potter was also quoted as saying that Mobileye allows traditional carmakers to swiftly commercialize autonomous products than their tech counterparts, and that “given the news as well as events like the recent Tesla (NASDAQ:TSLA) Autopilot crashes, Mobileye increasingly looks like the safer blend of Silicon Valley ambition and the auto industry’s pragmatic, stepwise development, which he believes both carmakers and investors will “eventually” be forced to acknowledge.”

Google’s threat in the industry has been obvious, but the departure of Urmson and other experts from the self-driving car project suggests that Google might not be that scary.

With this news as well as Tesla’s recent Autopilot crashes, Potter notes that Mobileye is increasingly becoming the safer choice when it comes to blending Silicon Valley technology with the auto industry’s pragmatic, stepwise development. 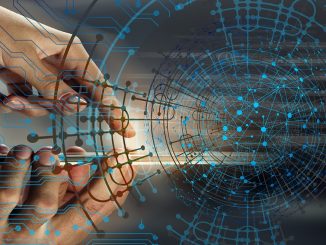