Facebook, Inc. (FB) was reiterated a ‘Buy’ by Jefferies analysts on Tuesday. The broker also raised its price target on the stock to $130 from $120.

Facebook Inc. Cl A shares are currently priced at 98.28x this year’s forecasted earnings, which makes them expensive compared to the industry’s 10.30x earnings multiple. Ticker has a forward P/E of 35.24 and t-12 price-to-sales ratio of 18.95. EPS for the same period is $0.98.

Shares are up 29.65% year-over-year and 26.21% year-to-date.
—
Analysts at Barclays upgraded their rating on the shares of Weight Watchers International, Inc. (WTW). In a research note published on Tuesday, the firm lifted the name with an ‘Equal Weight’ from ‘Underweight’ rating and set a 12-month base case estimate of $14 from $5 per share.

On valuation measures, Weight Watchers shares are currently priced at 15.70x this year’s forecasted earnings, compared to the industry’s 16.26x earnings multiple. Ticker has a PEG and forward P/E ratio of -0.49 and 36.65, respectively. Price/Sales for the same period is 0.61 while EPS is $1.14. Currently there is one analyst that rates WTW a ‘Buy’, 5 rate it a ‘Hold’. Two analysts rate it a ‘Sell’. WTW has a median Wall Street price target of $5.00 with a high target of $10.00.
—
Etsy, Inc. (ETSY) was raised to ‘Neutral’ from ‘Underperform’ and it was given a $9 price target at Wedbush on Tuesday.

Shares are down 63.53% since the beginning of the year.
—
In a report published Tuesday, Oppenheimer analysts initiated coverage on bluebird bio, Inc. (BLUE) with an ‘Outperform’ rating and $162 price target. 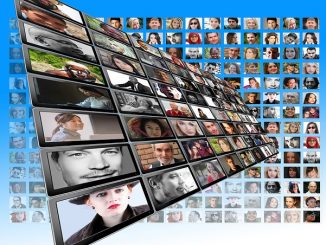 FB Stock: Will Facebook Keep Up Its Blazing Growth?

Chatbots are Here and They are Taking Over (FB)