According to a Tuesday Wall Street Journal report that references an antitrust Chinese official, Chinese authorities are demanding more information and transparency from Microsoft (MSFT) in terms of how the software giant distributes its media player and browser in the country.

Zhang Mao, chief of China’s State Administration for Industry and Commerce [SAIC], said at a briefing that officials were investigating distribution of those products, as well as how Microsoft sells its Office and Windows software. “Microsoft is suspected of incomplete disclosure of information related to Windows and Office software, as well as problems in distribution and sales of its media player and browser,” he said.

SAIC raided Microsoft offices in China last month informing the company it was being investigated for breach of antitrust rules and “monopolistic behavior”. The antitrust regulator however, while saying it was looking at compatibility and bundling issues with Office and Windows, has yet to disclose specific details about the subject of its probe.

Despite SAIC’s claim, Zhang added that Microsoft has expressed willingness to cooperate with ongoing investigations. “After multiple meetings including at high levels, they’ve expressed a willingness to respect Chinese law and collaborate with investigating officials,” Zhang said.

Microsoft has yet to comment on the latest SAIC announcement. But the company has said to Wall Street Pit in the past it is “serious about complying with China’s laws and committed to addressing SAIC’s questions and concerns.”

Shares in the $373 billion company are fractionally higher on Tuesday, trading at $45.23. Through today’s mid-day trading, Microsoft was up 32.40% y/y. 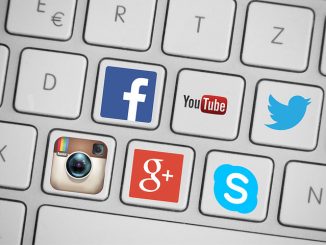