An Airbus A319, operated by US Airways Group Inc., back right, taxis after landing behind a Boeing Co. 737, operated by AMR Corp.’s American Airlines, at Reagan National Airport in this file photo.

The board of bankrupt American Airlines parent AMR Corp. (PINK:AAMRQ) is meeting now to vote on a merger with US Airways Group Inc. (NYSE:LCC) after the two sides reached a tentative agreement that would create the world’s largest carrier, people familiar with the matter said.

The accord probably will go to US Airways’ board later today once AMR directors vote, said the people, who asked not to be named because the talks are private. Details of the proposal weren’t immediately disclosed.

Board approval would clear the way for an announcement tomorrow, the timetable drafted earlier this week as the two sides worked toward a final agreement, people familiar with the matter have said.

US Airways Chief Executive OfficerDoug Parkerwill be CEO of the merged airline and American CEO Tom Hortonwill be non- executive chairman, people familiar with those decisions have said. Parker has said the combined airline will retain the American name and its Fort Worth, Texas, headquarters.

Mike Trevino, a spokesman for AMR, said he had no immediate comment about the status of a merger agreement. Todd Lehmacher, a spokesman for Tempe, Arizona-based US Airways, also declined to comment. 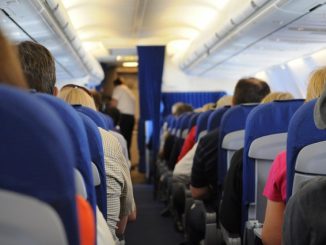