US stock futures point to a higher open Tuesday ahead of the last Fed meeting of 2012. Markets are at their highest levels since the election, but the action has been characterized by a lack of momentum. While there have been select set-ups in the market for short-term speculators, many traders are spinning themselves trying to force trades that aren’t there. Thus, I believe right now the best approach is to take a step away from the keyboard, or at least learn to sit on your hands if you are in front of your screens.

The S&P has been inching higher over the last two weeks and overall holding in very well. Micro support right now is 1408-1412, with a bigger support level sitting at around 1397. Micro resistance stands at around 1433-1434, with the bigger level at 1440.

Tonight Scott Redler and Jon Najarian are hosting a special webinar: How to Enhance Your Swing Trading Returns with Options . The hour-long webinar will be packed with education about how you can maneuver the price action to meet your objectives using both equities and options. Najarian is the co-founder of OptionMonster and a frequent contributor to CNBC’s Fast Money.

At the end of today’s two-day Fed meeting, the FOMC is widely expected to increase the amount of monthly asset purchases in “QE3” in order to offset the expiration of “Operation Twist.” The amount of the monthly purchases is expected to increase by $45 billion per month, bringing total monthly expenditures up to $85 billion. Futures seem warm to the idea; Operation Twist has never been very popular among stocks. The other potential option for the Fed is to tinker with statements on future guidance.

The market has also developed a thicker skin when it comes to fiscal cliff headlines. We expect a deal to get done, but it likely will not happen until the last hour, or perhaps even soon after we go over the “cliff.” However, futures are firming up this morning based on a Wall Street Journal report yesterday that talks are getting more “serious.” Nobody wants to be the reason we go over the “cliff,” but at the same time nobody wants to be the one to the one to lead his party to a bad deal.

The US Treasury Department announced this morning that it will sell its remaining stake in American International Group (NYSE:AIG). The 234.2 million shares will be sold in an underwritten public offering at $32.50 per share, which will generate proceeds of $7.6 billion. Shares of AIG are currently 1.5% higher in the pre-market.

Facebook (NASDAQ:FB) continues to hold up well after the rally over the last month. The stock ignited higher on November 14th, the day after its largest IPO lock-up expiration. Many expected the 800 million new shares, which represented 35% of the float, to weigh on the stock, but instead shorts got squeezed. FB is building a bull flag at these upper levels, and has another, much smaller, IPO lock-up expiration coming soon. Let’s see how it handles this one.

Apple (NASDAQ:AAPL) is seeing healthy gains in the pre-market and will look to bounce back from lower levels. AAPL has shown relative weakness over the past few months, and is below all major moving averages. Has the sun set on the stock as a clear-cut market leader? The action over the next few weeks will be very important in determining it’s intermediate-term fate. The question everyone is asking is: can we trust AAPL anymore? Right now I think it’s time to be more flexible rather than trading it with a long bias.

Yesterday we saw Amazon (NASDAQ:AMZN) pull-back a bit after a period of sustained strength, and traders will be watching to see what it leads to. The stock is stretched away from its 21-day moving average, which often acts like a magnet. Another high-beta tech stock Google (NASDAQ:GOOG) has put in a constructive bull flag after bouncing off its 200-day MA on November 16th. Watch for a potential break above $696.88 for GOOG.

Yesterday traders in the Virtual Trading Floor(R) were all over Molycorp (NYSE:MCP) after it saw above average volume early in the day. Marc Sperling tweeted about the MCP trade in the first 15 minutes of yesterday’s session, and the stock finished the day up 19.7%. The stock is up over 3% in the pre-market today and should be active again.

LinkedIn (NASDAQ:LNKD) is another stock that put in a good-looking bull flag and broke out yesterday. The stock is the class of the social media sector and above all key moving averages. I think LNKD could continue to rally as long as the market cooperates.

By John Darsie and Scott Redler

Five Year Yields are 1.26% and Falling Almost Every Day 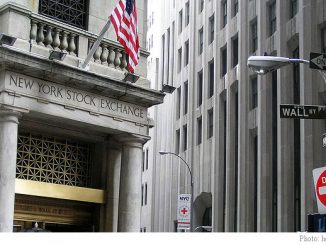