Less than one day after it was reported that Apple (AAPL) has acquired Web app startup Particle, rumors of another acquisition have hit the Net. According to The Next Web, Apple is about to acquire Bill Nguyen’s struggling startup Color Labs for a price in the “high double digits,” and the deal is agreed, waiting only legal formalities to be finalized. Only the day before VentureBeat reported that the company was abruptly closing its doors.

Founded by entrepreneur Bill Nguyen in 2011, Color made news when it launched last year as a location-based photo-sharing app for iOS and Android. The startup received $41 million in pre-launch funding from big backers, like Sequoia Capital, Bain Capital, and Silicon Valley Bank. The launch however, was a failure and the app received less-than-flattering reviews, prompting Nguyen to rebrand it to let users update their Facebook (FB) status with a live broadcast, but only through Verizon (VZ). Despite the deals with both Facebook and Verizon, and $41 million in funding, a huge investment compared to the usual $1 million in seed money seen by most comparable start-ups, AppData reports the much-hyped but not-very-popular Colors only attracted 460,000 MAU (monthly active users). While these numbers aren’t too bad ; they pale in comparison to competitors like Instagram, which has more than 7 million daily active users.

It is unclear what Apple plans to do with Color, but should the rumors prove accurate – The Next Web speculates the acquisition could be for intellectual property. Color reportedly has six patents pending which appeal to Apple in the area of multi-device content sharing, including “Sharing Content Among a Group of Devices”, “Sharing Content Among Multiple Devices”, and “User Device Group Formation”.

In 2009 Apple purchased one of Bill Nguyen’s other startups, music service Lala for a cool $80 million.

It is worth pointing out that back in July last year, Color Labs had reportedly turned down a staggering $200 million acquisition offer before it had even launched from search giant Google (GOOG). If the valuation is, as reported, in the “high double digits”, that’s quite a loss for the investors. 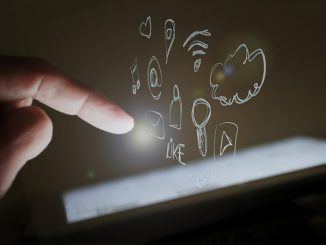 Apple (AAPL) Moves to Ban iPhone Rival in the U.S.