Apple (AAPL) shares dropped for a third straight trading day on Monday, falling more than 2% to close at $638.17. Since topping out at $705.07, Apple’s stock, which currently trades below the 50-day moving average of $656.69, has fallen by almost 10%, pushing the company’s market cap below $600 bln for the first time in nearly eight weeks. That represents a drop of more than $64 billion in Apple’s market value from the stock’s Sept. 21 peak, the day the iPhone 5 was launched.

There is no denying Apple has been on the defensive lately due to a combination of factors, including iPhone 5 supply shortages, reports that workers at Foxconn went on strike, potentially limiting the supply of the next-gen iPhone even more, and problems by iOS 6, especially Apple’s new maps app. These negative headlines, including the fact Apple remains in correction territory have made many investors concerned over the stock’s direction, prompting them to rethink their own investments in Apple by either exiting or reducing their positions.

While there’s nothing wrong with taking profits  — Apple is still up close to 60% on a y/y basis against a 15% gain on the S&P 500 — it should be noted the co.’s fundamentals are still strong and moving in the right direction. And that makes AAPL definitely not a “sell”. In fact, we think investors should take advantage of the ticker’s dip and buy. Why? Because the stock continues to have legs and at some point in here it will catch a bid. The obvious catalysts for the $700 re-test level: besides Apple’s 12.20 forward P/E ratio — which when excluding the co.’s $117 billion in cash reduces its T12 forward P/E ratio under 10 at 9.90 — include the upcoming September quarter earnings report, the launch of the much anticipated iPad Mini, and the holiday season that is still likely to be huge for Apple.

Given some of the factors mentioned above, the recent drop in Apple’s PPS could prove to be a short term phenomenon and at the same time a great opportunity for investors and momo traders to consider some bottom fishing. 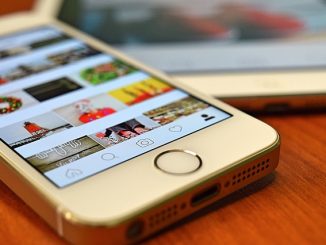