The United States is sufficiently rich that all people should have decent housing they can afford. Decent means sanitary, safe, and, if not spacious, not overcrowded either. This housing should be available such that when households pay for it, they have money left over for other things, like food and education. Yet we can do far better in Los Angeles than we do. For starters, even though we are the second largest and second densest metropolitan area in the United States, the impediments to building dense housing here are enormous. I just judged a case competition for our RMPIRE executive program here at USC, and was impressed at the creativity of a team that wanted to use a particular lot’s floor area ratio allowance of 6 to build densely packed units on a site no more than one mile from downtown Los Angeles. The residential use would require a zoning change, however, and many judges felt that getting such zoning approved would be next to impossible. It depresses me to say so, but I happen to agree with them.

But there is another problem as well. While I have little doubt that allowing denser housing would lower rents in LA, it still wouldn’t solve the problem–there would still be a “gap” between the present value of rents lower income households could afford to pay and the cost of building units. This gap would need to be filled by government financing.

And so we come to the next problem–when we build “affordable housing” here, we do so in a remarkably inefficient fashion. Government financing rarely comes from a single source, but rather comes in layers of financing from various local, state, and federal agencies. Each slice of financing involves fees that go to consultants who arrange for the financing. All of this adds to the amount of time and expense that are required to get financing, which ultimately pushes up the cost of bringing a project to market. At the same time, communities require “affordable” units to have design amenities and, worse, covered parking. This can drive the cost of production of an affordable unit to $400,000 and more.

Meanwhile, the median sales price of a house in Los Angeles County is $287,000. See the problem here? To provide “affordable housing,” it would actually be cheaper to purchase the median priced home (hardly a bad house) than it would be to build something new. But of course, there are many people who gain when $400,000 is spent to bring an affordable unit to market–just not taxpayers or low income users of houses. 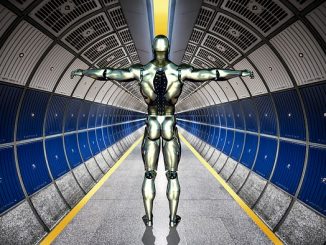 Some Want More Government in Housing