Today the federally-mandated minimum wage increases to $7.25 per hour, a 10.7% increase from the previous $6.55 per hour. What effect will the higher wage have on employment and compensation for unskilled workers? That’s a controversial issue.

About a year ago, Angry Bear wrote: MP: Let’s assume that there is no correlation between: a) changes in the minimum wage and b) the teenage unemployment rate. That is not the same thing as saying that “the minimum wage has no negative effect on teenage employment.” Here’s why:

Even if the same number of teenage and unskilled workers are employed after a hike in the minimum wage, reflected in NO change in the teen jobless rate (and this is probably not accurate), there are many other adjustments that employers could and will make to offset the monetary increase in hourly labor costs:

1. Fewer Hours – unskilled workers might still be employed, but at a reduced number of hours (the BLS counts workers as “employed” even if they work 1 hour per week, so reduced hours wouldn’t show up in unemployment rates). Full-time workers now become part-time workers. Overtime hours could be eliminated. Full-time restaurant workers now are forced to work a split-shift (e.g. 11 a.m. – 2 p.m. and 5 p.m. – 8 p.m.). Therefore, we would expect a negative relationship between increases in the minimum wage and HOURS WORKED, even if there was no change in either employment levels or the unemployment rate for unskilled workers.

For example, see the list of benefits here for hourly McDonald’s workers in Canada (I couldn’t find a comparable list for the U.S., but I assume the benefits would be pretty similar here), and you’ll see that are at least ten non-monetary benefits offered to even unskilled minimum wage workers at McDonald’s that could be adjusted in the face of higher monetary wage costs resulting from legislated minimum wage increases.

As Jeff Jacoby reminds us:

The laws of supply and demand are not optional. They weren’t enacted by Congress and Congress can’t override them. Minimum-wage laws don’t make low- and unskilled Americans more productive, more experienced, or more desirable. They merely make them more expensive – and more likely, therefore, to be unemployed.

Why Didn’t the Housing Crash Cause High Unemployment? 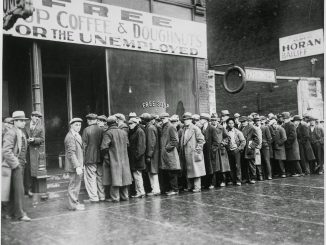