Even in this recession Apple (NASDAQ:AAPL) products are selling at an impressive rate, allowing Steve Jobs’ company to ring in stellar third-quarter results.

Apple sold 2.6 million Macbook Pros during the quarter, about 100,000 higher than most analysts’ estimates. That’s a 4% increase on a y/y basis. Music product iPod, still selling at an impressive pace eight years later, saw its sales hit 10.2 million from 9.5 million expected. However, the company said iPod shipments fell 7% which was down from 11 million in the year ago quarter. Sales of the new iPhone3GS were stellar. Apple sold 5.2 million units in the quarter, up 626% from last year. Clearly, the response to the new iPhone has been tremendous.

“We’re making our most innovative products ever and our customers are responding,” said Steve Jobs, Apple’s Chief executive. “We’re thrilled to have sold over 5.2 million iPhones during the quarter and users have downloaded more than 1.5 billion applications from our App Store in its first year.” [SFG]

The Cupertino, Calif.-based company reported $1.23 billion in profit, in the quarter that ended June 27. It was its best non-holiday quarter. Revenue came in at $8.34 billion, resulting in earnings of $1.35 per share. That’s a 15% jump on a year-over-year basis, when Apple reported earnings of $7.46 billion and earnings per share of $1.19. Wall Street expected Apple to earn $1.17 a share and $8.2 billion in revenue. Gross margin rose to 36.3% from 34.8% a year ago. CFO Peter Oppenheimer said growth was driven by “excellent execution” and component costs not increasing as much in the quarter as Apple had thought.

Looking ahead, the iconic digital media company well-known for its tendencies to low-ball its forecasts, said it expects Q4 per-share earnings of $1.18 to $1.23 on revenue of $8.7 billion to $8.9 billion.

Apple’s blowout earnings equate to more positive news for the tech sector and should add some hope to concerns about the economy and its effect on consumer spending. Having said that, as far as Apple is concerned, there is no recession. 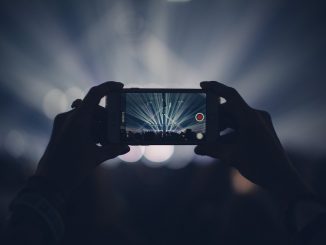 Apple Quietly Intensifies Efforts To Beat Google At Its Own Game

Apple (AAPL) Stock Could Gap Up on Monday, DeMark