Roger Altman, a former Clinton administration Treasury official, is another in a growing list of Democrats who are helping set the stage for a major tax increase in the next couple of years. It’s not just a nibble around the edges tax cut either, he’s stumping for a VAT tax.

In a Wall Street Journal opinion piece Mr. Altman recites the usual problems with trillion dollar deficits as far as the eye can see. He comes clean on growth and avers that the Obama projections for GDP growth are, well, pie in the sky and that the only way we can hope to get back towards a reasonable deficit is by generating more revenue for government via taxes.

Here is how he sizes up the problem and solution:

The problem is the deficit’s sheer size, which goes way beyond potential savings from cuts in discretionary spending or defense. It’s entirely possible that Medicare and Social Security will already have been addressed, and thus taken off the table. In short we’ll have to raise taxes.

Today, the U.S. ranks next to last among the 28 Organization for Economic Cooperation and Development nations in total federal revenue as a share of GDP. Our federal revenues represent 18% of national output, down from 20% just 10 years ago. That makes the mismatch between our spending and our revenue very large, producing the huge deficits we face.

We all know the recent and bitter history of tax struggles in Washington, let alone Mr. Obama’s pledge to exempt those earning less than $250,000 from higher income taxes. This suggests that, possibly next year, Congress will seriously consider a value-added tax (VAT). A bipartisan deficit reduction commission, structured like the one on Social Security headed by Alan Greenspan in 1982, may be necessary to create sufficient support for a VAT or other new taxes.

This challenge may be the toughest one Mr. Obama faces in his first term. Fortunately, the new president is enormously gifted. That’s important, because it is no longer a matter of whether tax revenues must increase, but how.

I’m not sure what point he’s trying to make by drawing the parallel between federal taxes in the U.S. and those of other developed nations. It might be a useful measure if he had compared total state and federal tax burdens with like numbers from other countries but I suspect that would have seriously weakened his argument.

To a large extent the Mr. Altman’s prescription will work. A VAT diverting significant revenues to the federal government will narrow the deficit and provide for enough revenue to pursue the Democratic vision of a vastly expanded federal government. It will also ensure that the 2% growth that he projects is a virtual certainty. If the intent is to transform the American economy into something more closely resembling that of Western Europe then it will work.

The pity is that Mr. Altman won’t consider another approach. Why not try some tax schemes that are pro-growth. Lower the corporate tax rate for instance, adopt a flat tax or eliminate capital gains taxes. I’ll even go a step further and say we should adopt his VAT on the condition we scrap the income tax.

Before we sign onto mediocrity let’s take one more shot at nurturing a booming economy. If it doesn’t work then Mr. Altman and his cohorts can go ahead and squeeze the pig to their hearts content. 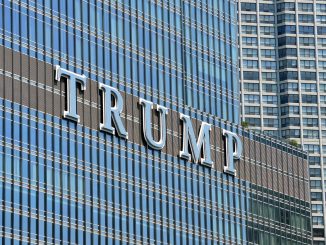 A Tax Trap For Same-Sex Couples Will Snare Others Too

Should We Tax Excess Corporate Profits?