Goldman Sachs (GS) chief economist Jan Hatzius thinks that a new round of monetary easing by the Fed would probably provide a mild boost to the economy.

“We’re talking about a moderate impact,” Hatzius said today in a conference call with Bloomberg News, discussing the effect should the Fed stage a new round of QE.

Bberg: “It would be significant enough from the perspective of economic forecasters but wouldn’t really be enough to make the difference between an economic outlook that is deeply negative to extremely positive,” Hatzius said. “A total of $1 trillion in bond purchases would improve stability in financial markets and increase real GDP by 0.3 percentage point to 0.4 percentage point”, he said.

Hatzius also said he doesn’t expect the FOMC to ease further at their meeting next week. “I think that’s fairly unlikely,” he said. 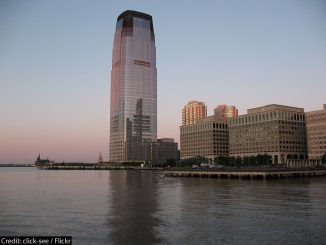