GDP growth. For GDP, the forecast projects moderate growth of 3.0 percent (on a fourth-quarter-to-fourth-quarter basis) in 2010, followed by somewhat higher growth of 4.3 percent in both 2011 and 2012. Compared with the recoveries from other severe recessions, the projected growth is relatively modest, particularly in 2010. This reflects a combination of factors, including the limitations on monetary policy coming from the fact that interest rates cannot go below zero; the weakened state of households’ and firms’ balance sheets; the continuing caution of households and firms following the searing events of the past two years; and the weak condition of State and local government budgets.

Because of normal growth in the population and the fact that some workers are likely to reenter the labor force as the economy improves, it typically takes employment growth of somewhat over 100,000 per month to bring the unemployment rate down. Because we do not expect job growth substantially over 100,000 per month over the remainder of the year, we do not expect substantial further declines in unemployment this year. Indeed, the rate may rise slightly over the next few months as some workers return to the labor force, before beginning a steady downward trend. It is also worth noting that the productivity growth we have seen in the last three quarters is the fastest in nearly 50 years.This rapid growth in output per hour has allowed firms to raise production without hiring additional workers.  This record pace of productivity growth almost certainly will not be maintained much longer, implying that further increases in output will require additions to the labor force.

As the pace of job creation picks up in 2011 and 2012, there is likely to be greater progress in reducing unemployment. Nonetheless, because of the severe toll the recession has taken on the labor market, the unemployment rate is likely to remain elevated for an extended period. The forecast projects that in the fourth quarter of 2011, the unemployment rate will be 8.9 percent, and that by the fourth quarter of 2012, it will be 7.9 percent….

“Of course, the economy is far from fully recovered, and significant challenges remain.  Most obviously, the current unemployment rate of 9.7 percent is unacceptable by any metric, and employment is 8.4 million below its level before the recession.” 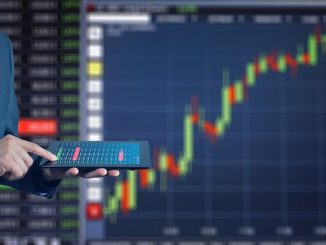