Jed McCaleb, the co-founder of payment giant Ripple Labs and co-creator of the XRP token, has finally emptied his notorious ‘Tacostand’ wallet.

According to recent data from XRP Scan, McCaleb, who had more than 80 million XRP in his wallet at the beginning of June- worth around $26 million at the time, has only 47 XRP coins left in it. In fact, McCaleb tweeted about being almost done with his XRP sell-off- stating on June 29: “Almost there.”

McCaleb’s wallet, which held around 9 billion XRP after he left the company in 2014, was the source of continuous selling pressure on the token. However, it now appears that he has finally exhausted his XRP dumping spree by moving his entire crypto stash out of the wallet identified by investors as ‘Tacostand.”

Tacos anyone? JK the stand is closed 😄 https://t.co/rshrX6hGOQ

McCaleb’s decision to halt his XRP dumping is a pivotal moment for the XRPArmy. It not only marks the end of one of the biggest bearish factors weighing on the altcoin, but also signifies that there will be less selling pressure from McCaleb in the future.

This is a significant development because most of McCaleb’s sales occurred after the Securities & Exchange Commission filed its now famous lawsuit against Ripple.

Given that McCaleb wanted to rid himself of his XRP holdings “as quickly as possible,” it is likely that he would have continued to dump his tokens using size if it wasn’t for his agreement with Ripple to only sell or transfer the funds under specific withdrawal conditions to ensure that the transactions would not affect the altcoin in a negative way. But they did. Therefore, the end of McCaleb’s selling spree is a positive development.

It’ll be interesting to see how this affects the price and overall sentiment around XRP. 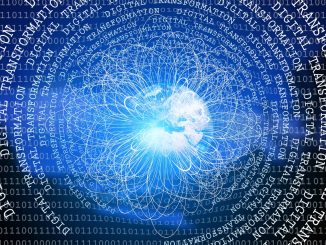