Charles Hoskinson, the CEO of Input-Output Global and founder of Cardano (ADA), has offered to help Elon Musk build a decentralized social media platform should his bid to buy Twitter (NYSE:TWTR) and take it private does not fall through.

Tweeting on the subject, Hoskinson suggested that he is open to working with Musk to create a social media platform that is not controlled by a central authority. He noted that such a platform would allow users to retain ownership of their data and would be resistant to censorship.

“Elon if Twitter rejects your offer, then hit me up. Happy to build a decentralized one,” Hoskinson’s tweet said.

@elonmusk Elon if Twitter rejects your offer, then hit me up. Happy to build a decentralized one

Comments from Ethereum’s co-founder come as a Securities and Exchange Commission filing has revealed that the SpaceX and Tesla (NASDAQ:TSLA) CEO wants to acquire Twitter for over $43 billion in cash.

The billionaire investor’s bid to buy the immensely influential social media site, after having bought a 9.2% stake in it, has sparked a lot of discussion among tech insiders and investors.

Sam Bankman-Fried (SBF), the CEO and co-founder of FTX exchange, offered some thoughts on what a decentralized Twitter version might look like. SBF suggested that the platform could allow users to post encrypted tweets on-chain. Monetization can then come in two forms: a) from micro-fees for posting tweets, or b) the user interface (UI).

Either model of monetization would be good for the platform. Good UI is important because it increases user adoption, which is essential for any platform trying to decentralize a network. Micro-fees would also be beneficial, as they would help to cover the costs of running the platform.

In contrast, Jackson Palmer, the co-founder of Dogecoin (DOGE) took issue with Musk’s hostile takeover idea stating that it takes “pretty impressive mental gymnastics” to believe that the takeover by the world’s wealthiest man would improve freedom on the platform.

It takes some pretty impressive mental gymnastics to associate any type of "freedom" with the richest man in the world initiating a hostile takeover and forcing one of the largest public social media platforms private.

Elon Musk is known for thinking big, and his latest ambition is to take over Twitter. The billionaire entrepreneur has been vocal about his interest in the social media platform, and he even put forth a proposal to buy it outright. However, his plan has met with resistance from some of Twitter’s major shareholders.

Saudi Prince Alwaleed bin Talal Al Saud, one of the largest investors in the company, has rejected Musk’s offer, claiming that the $54.20 per share offer does not come close “to the intrinsic value of Twitter given its growth prospects.” Additionally, Twitter’s board of directors seems unwilling to move forward with the deal.

At this point, it’s unclear whether Musk will be able to prevail in his takeover attempt. However, he has said that he has a backup plan if all else fails.

As Twitter looks to move forward and focus on growth, Musk’s plan could provide the company with a much-needed boost. However, it remains to be seen whether or not his proposal will gain traction with Twitter’s major shareholders and result in real change for the social media platform. 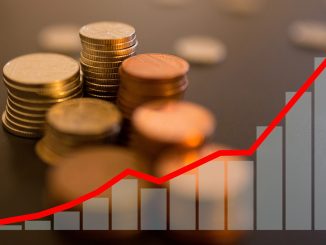 Twitter IPO: The Pricing Game versus The Value Game