There is a school of thought that believes Ethereum (ETH) will one day overtake Bitcoin (BTC) as the world’s most valuable cryptocurrency. While this may seem far-fetched to some, to Galaxy Digital’s trading co-head Jason Urban the Ethereum-Bitcoin flippening is a likely scenario.

In an interview with Kitco News, the veteran trader explained why he believes that Ethereum will end up overtaking Bitcoin in terms of market cap and become the dominant cryptocurrency. The ETH network currently has a market cap of around $385 billion. This is second only to Bitcoin’s $805 billion market capitalization.

The major driver identified by Urban was the upcoming $ETH ‘Merge,’ which will shift the Ethereum network from its current model of proof-of-work (POW) to one called proof-of-stake (POS). The new mechanism will mark the end of Ether crypto mining.

This is a major upgrade for Ethereum – expected to take place somewhere in this quarter – as it will give the smart contracts network another edge over Bitcoin’s proof-of-work mechanism. The merge will dramatically cut energy use as well as improve the scalability and security of the network, making it more attractive to more entrenched retail and institutional investors.

“There’s scalability and things that now become very valuable and will allow ETH to grow and so smart institutional investors are seeing that,” Urban noted. “They’re not going to create a more ESG [Environmental, Social and Governance] compliant crypto and that is driving institutions into such a degree that we may see more institutional money going into Ethereum than Bitcoin because of the whole energy consumption angle.”

Ethereum is already the platform of choice for many decentralized applications (dApps) and smart contracts, and the merge is expected to further increase its adoption.

The cryptocurrency market is notoriously volatile, and predicting the future value of digital assets like Bitcoin and Ethereum can often feel like a shot in the dark. However, Urban has offered a timeline in which he believes Ether may overtake BTC as the dominant cryptocurrency. He said that while the ‘flippening’ is not imminent, he expects it taking place the “soonest” in the next 2-3 years.

“Ethereum is the copper, Bitcoin is the digital gold. It allows for the ecosystem to be built in so many ways, as do the other layer ones,” he stated.

While Ethereum’s upcoming merge is not devoid of concerns in terms of how it will effect its ecosystem, Bloomberg Intelligence’s senior commodity strategist, Mike McGlone, wrote in a recent note that Ethereum’s new POS consensus mechanism shift brings an upside for the project. In fact, McGlone says he sees a 220% spike for Ethererum, which leaves its native token trading above the $9K level.

Demand is increasing, supply is declining and #Ethereum's position at the epicenter of the digitization of finance and money suggests further price appreciation. Ethereum — the denominator for NFTs and top platform for tokenization — is becoming the collateral of the internet pic.twitter.com/hS7aLeqZ7N

It should be noted that Ethereum has a few things going as a platform when compared to Bitcoin.

For one, the network has a much more robust infrastructure than Bitcoin. Ethereum’s blockchain is more flexible and can be used to create decentralized applications (dApps) and smart contracts. In other words, the Ethereum network besides being programmable in that it allows apps like NFTs and the Metaverse to be build on top of it, acts also as the base layer for the entire decentralized finance (DeFi) ecosystem. This functionality is not possible on the Bitcoin blockchain.

Secondly, Ethereum’s founder, Vitalik Buterin, is widely regarded as a visionary in the cryptocurrency space. He has consistently pushed the envelope when it comes to innovation and has a strong track record of delivering on his promises.

Third, Ethereum has a much larger and more active developer community than Bitcoin. This is important because it means that there are more people working on building new applications and services on Ethereum’s blockchain.

Finally, Ethereum has a much brighter future than Bitcoin when it comes to scaling. Bitcoin is limited by its block size, which means that it can only process a limited number of transactions per second. Ethereum, on the other hand, is actively working on a number of Layer 2s and rollup solutions that will allow it to drastically improve scalability and per second transaction processing time capacity.

While it remains to be seen whether Ethereum will ultimately overtake Bitcoin, there is no doubt that it has a bright future ahead. If it is able to continue to build on its strengths, it could one day become the world’s most valuable cryptocurrency.

In Bitcoin We Trust? 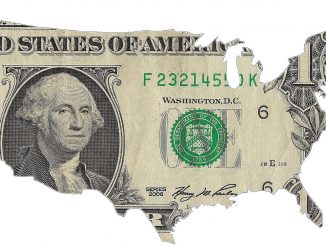