Residents of Lugano, Switzerland will soon be able to use Bitcoin (BTC), Tether (USDT), and the city’s LVGA token as legal tender.

City officials said citizens and companies in Lugano will be able to use Bitcoin, Tether’s stablecoin USDT or LVGA (depending on what cryptocurrency they want) as a form of payment for all goods “soon.”

“Through the partnership with Tether, the city is investing in its future. Lugano strongly believes in the potential of blockchain and that our partnership will help build a better, more open, transparent, and smart city,” said Lugano Mayor Michele Foletti.

City officials also said the cryptocurrency will be automatically converted into Swiss francs and that they have already worked with over 200 merchants to accelerate the adoption of Bitcoin and Lightning payments.

The announcement means that in the near future businesses and companies in the region will be allowed to pay for goods and services in Bitcoin, USDT, and LVGA.

In late October, the city of Lugano will host the Bitcoin World Forum, a global event focused on Bitcoin adoption and freedom of expression , Ardoino and Poretti announced in the event. 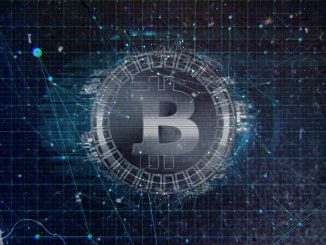 Is Bitcoin Immune To The So-called ‘Sell In May’ Adage

Charlie Munger’s Disdain Toward Bitcoin Intensifies, Calls it “Disgusting and Contrary to the Interests of Civilization”