Humanity’s path to interstellar space begins with the ability to harness the heat of the Sun. But to get at that store of hydrogen, and have a solar thermal propulsion system to propel us to the far reaches of the photo voltaic system and beyond, has remained a distant dream. A collaboration between the US-based space agency NASA and scientists at the Johns Hopkins University Applied Physics Laboratory (APL) is attempting to prove that the theory it’s not as far-fetched as it sounds.

The university’s “solar simulator,” a converted shipping container lined with thousands of LEDs and one that shines with the intensity of 20 suns, is a research tool scientists are using to look into the concepts for a dedicated interstellar mission. In fact, the advancements made since the collaboration began have proven that such e mission is possible.

“It’s really easy for someone to dismiss the idea and say ‘On the back of the envelope it looks great, but if you actually build it, you’re never going to get those theoretical numbers,’” Jason Benjoski, an materials scientist at the APL and team leader of the solar thermal propulsion system told Wired. “What this is showing is that solar propulsion is not just a fantasy. It could actually work.”

In fact, NASA has in recent months announced a dedicated interstellar mission could be launched as soon as 2030. The spacecraft is projected to weigh less than 1,700 pounds and launched into space aboard NASA’s massive Space Launch System rocket which is expected to be ready sometime next year. According to Wired, NASA’s interstellar probe, besides taking photos of our cosmological home, could also sample the zodiacal cloud, a mysterious ring of dust that fills the plane of the solar system interior to the asteroid belt and holds clues to the formation of our solar system.

Studying what lies beyond the heliopause — the boundary between the Sun’s solar wind and the interstellar medium — is extremely difficult, in large part because it just takes too long to do so.

The only two human-made objects to go interstellar are Voyager 1 and 2. Both space probes had to travel for close to half a century to take the first-ever peek of the unexplored frontier. Launched shortly after its twin spacecraft, Voyager 2, in early September 1977, Voyager 1 reached interstellar space in August 2012. It became the first object to transverse the heliopause.

But since the most well traveled spacecrafts in existence are only outfitted with instruments for planetary exploration, they do not transmit detailed data of the interstellar space. Pontus Brandt, an APL physicist working on the interstellar probe says the new spacecraft will differ with its new solar thermal propulsion system approach. Rather than combusting fuel sources, the space probe could instead be powered by a solar thermal engine that absorbs hydrogen from the Sun. This would then be heated before being ejected through a nozzle to produce thrust.

One of the biggest challenges this would bring about, however, is that it would require a spacecraft equipped with this kind of engine to get incredibly close to the Sun to gain enough speed, while at the same time withstanding extremely high temperatures.

A solar thermal engine would hypothetically allow the space probe to travel around 200,000 miles per hour. To put that into perspective, Voyager 1 — which has been hurtling through space for more than 43 years now with 35 of those years spend to pass the heliopause — it’s traveling at an estimated speed of 38,000 miles per hour.

The team at the APL believes that their solar thermal engine would be capable to make that same trip three times farther than the heliopause.

Is Life a Video Game Played by a More-Advanced Civilization? 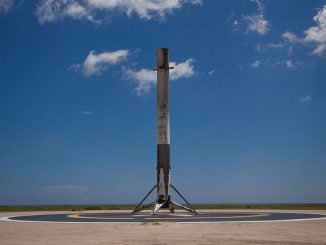