Alternative graph with California on the right axis: BUSINESS WEEK (“The U.S. Metros Least Touched by Recession”) – America’s strongest economies have one thing in common — home prices that never got too hot or too cold (see charts above comparing the home price index in California to Arkansas, Texas and Oklahoma over the last ten years).

Home prices in metros such as San Antonio, Oklahoma City, Pittsburgh, Rochester, Little Rock, Ark., and Baton Rouge, La., remained steady through boom and bust. Although no metropolitan area entirely avoided the economic downturn, the most resilient metros were protected by a potent mix of recession-resistant jobs.

The upstate New York areas of Syracuse, Rochester, Albany, and Buffalo suffered from declining jobs in manufacturing, but got significant boosts from sizable health-care, education, and government sectors. Construction is booming in Baton Rouge, Louisiana’s capital, as firms take advantage of financing for post-Katrina hurricane recovery work and service-related companies expand to meet the needs of a growing population. Omaha and the state of Iowa have relatively strong insurance sectors.

Texas, the last state to enter recession, has been bolstered by its oil and gas industries — which have also helped Oklahoma, North Dakota, and Louisiana. Texas also has many other things going for it, including affordable home prices and relatively low wages, which attract corporations.

MP: BusinessWeek then uses data from the Brookings Institution’s new MetroMonitor to identify the 40 strongest-performing metro areas. According to Brookings:

The MetroMonitor is a quarterly, interactive barometer of the health of America’s 100 largest metropolitan economies. It examines trends in metropolitan-level employment, output, and housing conditions to look “beneath the hood” of national economic statistics to portray the diverse metropolitan trajectories of recession and recovery across the country. The aim of the MetroMonitor is to enhance understanding of the particular places and industries that drive national economic trends, and to promote public- and private-sector responses to the downturn that take into account metro areas’ unique starting points for eventual recovery.

From the MetroMonitor’s September report:

The 100 largest metropolitan areas have varied greatly on changes in employment, unemployment rate, gross metropolitan product (GMP), and housing prices over the course of the recession. We rank all 100 metropolitan areas on measures of their changes in these indicators since their peak or over the past year, depending on the indicator. We then group the areas by their average rank across all four indicators. This overall performance index yields a striking illustration of disparate economic performance among the nation’s largest metro areas. It’s pretty easy to see that California, Florida, Nevada and Arizona got hit the hardest by the recession, along with some Rust Belt areas like Michigan and Ohio. The entire middle of the country from Texas up through Iowa did much better (so did North and South Dakota but they must not have any cities in the top 100), as did areas along the east coast and New England.

Brookings also reports on each variable separately (employment, unemployment, gross metro product and real estate prices) and also reports Real Estate Owned (REO) data for each metro area in its 21 page report. The MetroMonitor is a new and rich source of data that tracks the economic performance of our metropolitan economies. 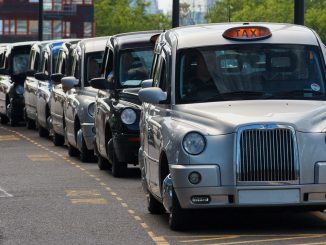 Britain To Plunge Into a Deeper Recession, Goldman Warns