A prototype of SpaceX’s sub-scale Starship “hopper” spacecraft has successfully passed its final test. Launched at the company’s Boca Chica, Texas test facility Tuesday, the rocket flew for approximately one-minute, reaching an altitude of 492-foot (150 meter) – its highest yet – before slowly descending to touchdown on a nearby landing pad.

The test, which was the prototype’s second test following a July jump to an altitude of about 20 meters (65 foot), is intended to pave the way to a more powerful heavy lift booster. In fact, two SpaceX teams are currently building bigger and more robust prototypes that are more similar to Starship, an eight stories tall re-usable 42-engine giant rocket built for traveling throughout our solar system. When both prototypes are finished, their test flights are planned to take them as high as 20 kilometers.

SpaceX/Tesla CEO Elon Musk has said SpaceX’s “aspirational goal” is to send the first rocket to Mars (with cargo only) in 2022, followed by a second mission, which will take more cargo and crew as early as 2024.

Musk is expected to conduct a technical presentation of a more complete prototype soon.

It’ll be interesting to see if the targets mentioned above would change.

See the hopper hit new heights in the video below. 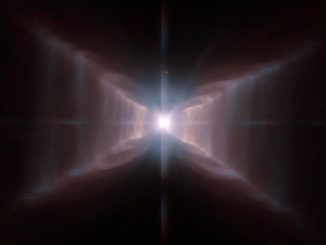 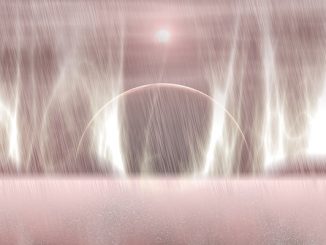 A Mysterious Object is Warping the Outer Solar System

The Speed Of Light: Not As Constant As Einstein Thought?