Bitcoin’s (BTC) recent nosedive of almost 50% from a record high near $20,000 has left many investors wondering what the crash actually means for the cryptocurrency’s future. Opinions strongly differ on the potential of bitcoin. Some believe that it will become ubiquitous while others argue that although the world’s best-known digital currency is still extremely valuable (currently trading at $9,700 & change per unit), a continued lack of its direct practical usability, significant hurdle to legalization, and most importantly, the network’s rapid growth which has brought it to the limits of its non-upgraded scaling capacity, prompt the question if bitcoin’s future is in peril.

When first released in 2009, user adoption of the largely decentralized peer-to-peer (P2P) digital currency system started to accelerate around the world. But as bitcoin’s worldwide volume kept rising, so did its liquidity. As a result, the bitcoin network, which consists of mining rigs that are set up specifically to verify the validity of transactions and record them in a cryptographically protected distributed ledger called the blockchain, became slower and more expensive.

Currently, for someone who wants to use bitcoin as a payment method – its originally intended function as a form of digital cash – that’s far too expensive. In fact, in late December the average bitcoin transaction fee was well over $50. One person even claimed on Twitter that he was charged $16 to send $25 worth of BTC from one bitcoin address to another.

Obviously, bitcoin has become too expensive for its own good.

Another serious issue – besides that of the energy used to mine a bitcoin which is very large, and growing – is, as mentioned, network scalability. Because of its limited 1 MB block size (Bitcoin hard fork, SegWit2x, would have increased the block size to 2 MB, but this option was dropped in November), the bitcoin network, in its current state, is only capable of confirming an average of about 3-7 maximum transactions per second. Right now it takes an average time of about 80 minutes to confirm a bitcoin transaction. On times of high traffic, this can cause hours of wait time and very high transaction fees. The network’s capacity is also minuscule when compared to existing money systems like the Visa network which is capable of confirming up to 24,000 transactions per second. Needless to say, the network’s current processing capacity is insufficient for bitcoin’s ever-growing transaction intensity.

However, there is still hope: Joseph Poon and Thaddeus Dryja, two bitcoin-obsessed engineers have developed a solution in the form of an additional layer on top of the bitcoin network. Known as the Lightning Network (LN), this extra layer of code that uses bi-directional payments channels could support reliable and cheap bitcoin transactions of any size in real time.

Last month Poon and Dryja released the system’s “1.0” version. Proving its efficiency when it comes to making micropayments utilizing bitcoin to take place instantaneously, the Lightning Network – which as a proposed solution to the bitcoin scalability problem requires that users agree to create separate “offline payment channels” with each other, and then let the blockchain update their accounts accordingly – was recently successful in spending bitcoin to purchase articles on Y’alls, a new bitcoin-based micropayment blogging site. The transactions were verified on LN nodes, proving that the network’s significant speed and interoperability improved as a result of the process by which bitcoin transactions are validated. The most interesting part of all this is that the transacting can be done without the need for miners (a term used for those who create new bitcoins and validate transactions) or third parties such as digital wallet providers.

In fact, the LN developers have indicated in a summary document that as the system cuts down on the number of messages and confirmations that the Bitcoin network has to process, its speed and the ability to exchange and use information would make it more useful as a day to day currency while also enable it to “be used at retail point-of-sale terminals, with user device-to-device transactions, or anywhere instant payments are needed.”

While the recent round of successful tests have yet to convincingly prove LN’s efficiency and practicality, if the system proves successful in helping bitcoin to become competitive with other instant payment platforms, and in the process, demonstrate substantial efficiency in the way that P2P payments are transacted, then over time the flavor of the world’s most popular cryptocurrency could change dramatically. But again here, Lightning must first prove itself as the best possible technical solution to solve bitcoin’s technical limitations. 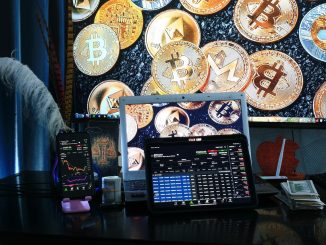