Every day, almost 17,000 children die from the pains of hunger.

Just on the edge of survival are 767 million people with less than $1.90 per day.

An estimated 100 million people are without home, while as many as 1.6 billion suffer from lack of adequate housing.

Do you know how it feels to be poor?

Do companies know how it feels to lose one’s job — one’s only hope to provide for their family — to a robot or “smarter” machines?

Is the Universal Basic Income (UBI) the answer to the problems of poverty and increasing job displacement due to robotic automation?

Some renowned experts think so.

In the United States, a report claims that UBI will have a very positive impact on the country’s economy which can attain a growth of as much as $2.5 trillion.

Roosevelt Institute research director Marshall Steinbaum, Michalis Nikiforos of Bard College’s Levy Institute, and Gennaro Zezza of the University of Cassino and Southern Lazio in Italy have recently published their study that shows the remarkable effects of three versions of UBI in an eight-year period based on the Levy Institute macroeconometric model.

The Levy model, however, presupposes that the potential of the economy is constrained due to low household income. A highly-debatable opinion which the authors have themselves admitted in the report.

UBI Forecast Impacts on US Economy:

However, this kind of growth could only be achieved if the UBI will be paid by increasing federal debt not taxes.

“When paying for the policy by increasing taxes on households, the Levy model forecasts no effect on the economy,” the authors have further stated in their report. “In effect, it gives to households with one hand what it takes away with the other.”

According to Basic Income Earth Network, UBI is a periodic cash payment unconditionally given to all on an individual basis without work requirement or means-test.

These are five of UBI’s characteristics:

Of course, there are those who strongly support it in the face of more and more jobs getting threatened by automation. Others are not in favor since UBI may just provoke wrong attitudes or even plunge the government into deeper financial problems.

It’s a debate even among the world’s biggest political, tech, and economic leaders.

In his speech at the Harvard commencement ceremony, Zuckerberg stated, “We should explore ideas like universal basic income to make sure that everyone has a cushion to try new ideas.”

Meanwhile, Musk expressed his opinion at the World Government Summit in Dubai, saying: “I don’t think we’re going to have a choice. I think it’s going to be necessary. There will be fewer and fewer jobs that a robot cannot do better.”

However, Microsoft co-founder Bill Gates, who has proposed to tax job-stealing robots, doesn’t think the time is right for UBI. “Over time, countries will be rich enough to do this,” Gates remarked during a AMA on Reddit. “However, we still have a lot of work that should be done — helping older people, helping kids with special needs, having more adults helping in education.”

Hillary Clinton in an interview with Daniel Roth said that expanding income tax credits was a better solution. The former US Presidential candidate thinks unemployed people needed something more. “We’ve got to help create better opportunities for them without just giving up and saying, ‘Okay, fine, you know, the rest of us who are producing income, we’ve got to, you know, distribute it and you don’t really have to do anything anymore.’ I don’t think that works for a democracy and I don’t think it works for most people.”

But despite the differences in opinion, the fact is that UBI can help a lot of people if implemented, as it can lessen the stress they bear in their daily struggle with life. On the other hand, is only fair to also recognize the fact that having the opportunity to work and apply our talents and skills could be more rewarding in the long run.

True, but then again, will that be enough so that the specter of impoverishment for that man is pushed to the shadows? Additionally, will that help the problem of inequality which keeps getting wider by the minute? It hasn’t so far, has it?

For this very reason, a full coverage UBI could be the only way for many at reducing poverty and hopefully affect inequality (even minimally) to finally a socially acceptable level. 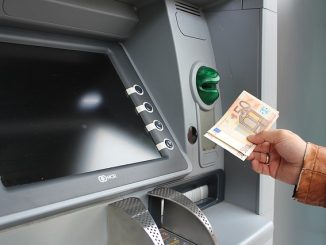 1 Comment on UBI to Add Trillions of Dollars to U.S. Economy, Study Finds