Today’s advances in science and technology are happening at a breakneck speed.

Aging can now also be slowed down with stem cells infusion, NAD+ booster pills, and other latest discoveries.

The 2045 Movement, which was established in February 2011, has the support of Russian specialists in the field of robotics, neural interfaces, artificial organs and systems.

According to their website, their team is endeavoring to put up an international research center where work will be devoted in anthropomorphic robotics, living systems modeling, and brain and consciousness modeling. The knowledge will then enable man to transfer one’s consciousness to an artificial carrier or avatar and attain cybernetic immortality.

The organization thinks it’s the answer to the world’s current problems and our vulnerabilities as a human species.

Here’s their timeline for envisioned “Avatars” that can make man live forever:

Will it be an exciting life, to be a robotic specie?

If you think about the movie Transformers, you may feel a degree of excitement as you imagine yourself almost like Optimus Prime, Bumble Bee, or whoever your favorite character is.

They have intelligence and feelings, and almost indestructible bodies.

But, if you think more deeply, what you’ve come to love about the Transformers was not their almost indestructible bodies but their sense of humanity — the ability to love, to be loyal, and to show gratitude.

They felt compassion for those who were weaker. They fought because they were needed.

When every single one of us becomes strong, powerful, indestructible and independent to the point of not needing anyone other than a robotic doctor to occasionally fix or update our robotic bodies — will we really reach the point where we’ll loose the ability to love, to feel compassion, to feel happiness because we’re needed? Considering all these elements the next question would be: Will you accept immortality in a metal suit? 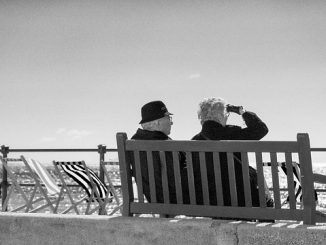 2 Comments on Will You Accept Immortality in a Metal Suit?