Based on research recently published in the journal Cell, scientists at The University of Texas have achieved a breakthrough that can make the CRISPR gene-editing tool a safe cure for life-threatening diseases such as cancer, HIV and Huntington’s Disease. Essentially, the team has found a way to spot potential editing mistakes that CRISPR is likely to make.

CRISPR is currently being used to edit the genome of different organisms, and human clinical trials for various treatments are expected to begin. But something major is impeding the use of this very powerful gene-editing tool on humans, and that’s the possibility that CRISPR will make a serious mistake. Instead of fixing a gene as it ideally should, the technique has shown tendencies in targeting the wrong gene. Meaning, editing it when it shouldn’t be edited, thus transforming its host cell from a healthy cell into a cancerous one.

And this is the problem that the UT team seem to have found a potential solution for. They have developed a technique that can test a CRISPR molecule across a person’s entire genome and predict which other genes it will interact with aside from its actual target. The development of this technique, which quickly tests a CRISPR molecule against a person’s entire genome, rather than only the target area, will make it possible to tailor personalized gene therapies, thus making treatments safer and more effective too.

As explained by Ilya Finkelstein, lead investigator of the project: “You and I differ in about 1 million spots in our genetic code. Because of this genetic diversity, human gene editing will always be a custom-tailored therapy.”

To come up with their ‘predictive’ tool, technically called CHAMP, which is an acronym for chip-hybridized association-mapping platform, the team used existing lab technology to develop the equipment and software they needed. They also used a genome sequencing chip that was already being used for research and in medicine. The software they designed, plus the design for the mount used to hold the chip in place under the miscroscope are both open source. All in all, that simply means the method for testing can easily be replicated by other teams who want to make use of it.

Instead of just ordinary genome sequencing, what the technique does is read genomes and show how CRISPR interacts with the entire genome, not just with its target genes. In a way, it also reveals what rules CRISPR molecules follow. As an example, the team cited that when they tested the CRISPR molecule called Cascade, they found out that compared with every other letter in the DNA sequence, it paid less attention to the third letter.  “So if it were looking for the word ‘shirt’ and instead found the word ‘short,’ it might be fine with that,” says Stephen Jones, another lead author of the study.

While that might sound like CRISPR is kind of ignoring something that shouldn’t be ignored, in a way, it has revealed something very important about itself. And that revelation, along with all other rules that the team or other researchers will be able to discover from here on, will be extremely useful in developing computer models that will be more effective in anticipating CRISPR’s behavior. That, in turn, can lead to the development of individualized gene therapies with less room for unintended side effects, and better chances of working as intended. 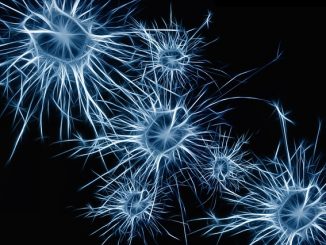 Scientists May Have Finally Figured Out How To Restart Neuron Growth