16 Psyche is named after Greek mythological figure Psyche, the wife of Eros (god of love) who was turned from a mere mortal into the goddess of the soul. Located in the asteroid belt between Mars and Jupiter, 16 Psyche is one of the most massive asteroids, having a diameter of nearly 240 km. It’s nowhere near as large as Ceres — the biggest known space rock in the belt with a diameter of 945 km — but its distinction lies in having the largest exposed iron metal body.

NASA originally planned an exploration mission to 16 Psyche in 2023. The agency has recently announced, however, that it is bumping the mission ahead of schedule, moving it from 2023 to the summer of 2022. And with the discovery of a more efficient trajectory — cost-wise and travel time-wise — we’ll be getting to it sooner, four years earlier than initially projected (2026 instead of 2030). If successful, this mission will be the first chance we’ll get to explore a different kind of world — not one made of rock or ice, but one that’s made of metal.

That much metal is already valuable in itself. In fact, Psyche’s iron content is estimated to be worth around $10,000 quadrillion. It’s an insane amount and if we are somehow able to extract all that iron and bring it home, it might actually mean the collapse of our entire global economy which is currently worth $78 trillion.

It’s a good thing mining isn’t what NASA is planning for its Psyche mission. Aside from that much worth of metal crashing our economy, there’s also the matter of the space rock bringing with it some kind of threat we’re not prepared for. Like maybe an alien virus within that can annihilate humankind, just like what the Scorpion team had to contend with in Season 3’s ‘Rock Block’ episode where the team was hired to retrieve an asteroid-carrying space capsule, only to discover that the asteroid contained DNA strands that were possible carriers of unknown and deadly pathogens. If scriptwriters can come up with that kind of storyline, maybe they have some kind of basis or reference for it, right? Which is why it’s a relief to know what NASA’s real intention is for going to Psyche.

So far, we are already aware that Psyche is mostly made up of nickel-iron metal. And this composition is what makes it so interesting. Because of its similarity with what the Earth’s core is made of, it can potentially provide us with a better insight on how violent collisions created our planet and other terrestrial planets.

Among other things, Psyche exploration team’s mission will include determining how old the asteroid is, how it was formed, what its surface is like, and whether it could have once been part of a planetary core. If NASA secretly decides to do a little space mining on the side as well, maybe they can come up with an even more enlightening find. Just err on the side of caution please. And don’t bring home anything that can cause more problems for our already beleaguered world. 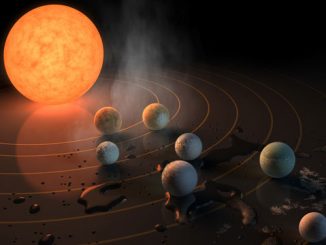