It’s common knowledge that human activity has been causing changes to our planet and has now reached proportions that threaten our environment and our survival. We know it and we can feel it. Our planet has deteriorated because of the continuous growth of industrial activities that aren’t just driving global temperatures higher, but are now causing powerful earthquakes too.

It’s bad enough knowing the negative impact we are causing. Now, it’s even worse because for the first time in history, the effect of human activity on the earth has just been quantified. And the numbers show that we are ‘causing climate to change 170 times faster than natural forces.’

Through the collaborative effort of Will Steffen, a scientist from the Australian National University’s Climate Change Institute, and Owen Gaffney from the Stockholm Resilience Centre, we now have a mathematical formula showing exactly how much human activity is affecting our climate compared with natural forces like volcanic eruptions, changes in planetary orbit and changes in solar intensity. Steffen and Gaffney have labelled their newly developed formula as the Anthropocene Equation. Anthropocene is the term that’s being proposed to reflect how human activity is reshaping the environment.

As Gaffney explained in New Scientist, they devised the equation by ‘homing in on the rate of change of Earth’s life support system: the atmosphere, oceans, forests and wetlands, waterways and ice sheets and fabulous diversity of life.’

He stated that in the last 4 billion years, the Earth’s system changed due to the influence of astronomical forces, geophysical forces and internal dynamics. By internal dynamics, he was referring to factors like the Earth’s orbital parameters, interplanetary gravitational interactions, the sun’s heat output; and events like volcanic eruptions, colliding continents, and evolution among others. The change was minimal, though, because either natural forces seemed to cancel out each other (like a period of El Niño being balanced out by a period of La Niña), or planet-changing events happened quite rarely (like an asteroid hitting the planet).

Moving forward, the past 7,000 years (this time period was selected as reference because it is supposedly during this time when the first humans emerged) was still considered a stable period wherein global temperature changed ever so slightly, declining at the rate of 0.01 degrees Celsius per century.

In the last 45 years, however, temperature has not just been changing faster; it’s going in the opposite direction as well. It is now increasing at the rate of 1.7 degrees Celsius per century. And no other culprit can be blamed other than industrialization.

According to Steffen, there has been no natural event so far that even comes close to the impact of human activity, especially the burning of fossil fuels and continuous increase in greenhouse gas emissions. But, it doesn’t really come as a surprise, doesn’t it? Even without an equation telling us how badly we are affecting our planet, we’ve known for some time that we need to implement radical changes on a global scale. Otherwise, we might just be causing our own apocalypse. 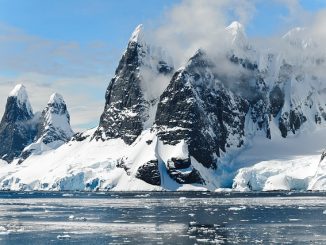 Climate Change Isn’t as Bad as We Think, It’s Worse Than We Thought