Brain implants aren’t anything new. In fact, several types of brain implants (also known as neuroprosthetics) are already being used. Many patients with Parkinson’s disease for instance, make use of a brain implant that transmits electrical pulses to help with motor control and reduce tremors.

On a separate yet related topic, last year, the FDA approved Second Sight’s retinal implant which can help patients blinded by advanced retinitis pigmentosa to regain their ability to perceive shapes and motion. And then there are cochlear implants which are commonly used by deaf people or those who have trouble hearing.

There’s a common denominator about all these implants, of course. All of them are being used to help treat or manage specific medical conditions. Which, and in reference to the neuroprosthetics, makes these kinds of brain implants easily acceptable.

But that’s just scratching the surface. Eventually, we will not stop being satisfied with simply using implants to restore lost or damaged functions. Why wait for something to get broken when you can just enhance it so it won’t have to get broken in the first place, right? Or maybe, why not just enhance what can be enhanced so everything will simply become that much easier.

In the future, brain implants will most probably, at the very least, help us learn more quickly. Remember the movie ‘The Matrix‘? ‘Neo’ — Keanu Reeves’ character — simply downloaded ‘practice’ from a computer and he instantly turned into a kung fu expert. That’s the kind of speed learning we’re talking about. Instead of taking years to become skilled at something, with the right brain implant, which can be in the form of a tiny chip a thousand times more powerful cognitively than your biological brain, it will only take a few minutes.

And then, after enhancing one’s learning capabilities, next to enhance will be one’s memory and concentration, and maybe even one’s mood. By doing this, a person learns faster, remembers everything better, focuses better, and feels better too. And that’s not so bad, right? Or is it?

It’s still your brain. It’s just an enhanced version. But with a computer chip in it, it will now become possible to upload your brain to the cloud. And when you die, you will continue to live on as your uploaded brain can simply be re-uploaded to someone else — either some other person, or maybe a robot.

It’s an extreme scenario. But with everything that’s happening with our technology, progress in neuroscience and artificial intelligence, it’s not science fiction stuff anymore but a very real possibility. Furthermore, the process of capturing the intelligence of our brains in a machine is not a matter of “if” but a matter of “when”. So the question is, should we go to those lengths?

Even without bringing religion into the picture, there’s something a bit ‘off’ about tampering with the natural way the world works. Maybe that’s because that is really the only alternative we know. But regardless, intervening to fix something is quite different from intervening to give someone an unfair advantage over everyone else. And isn’t this exactly what nonbiological intelligence enhancement is going to result in? Unless of course everybody gets to undergo brain enhancement, then there will be a sense of fairness somehow.

But then, if everyone had super mental abilities, where’s the challenge in that? Perhaps a seriously super-advanced technological and scientific world, but can you really imagine living in a planet where everyone is a genius and everything everyone ever talks about is some kind of super-scientific or profound topic that normal people (if there will be any left that is) will not be able to understand or relate to?

And what about immortality? Who gets to decide whose brains should be uploaded and continue to live on?

We live in a troubled and complicated world. But at least, it’s the real world. If brain augmentation ultimately leads to everyone becoming immortal, what kind of world will we be living in? Better yet, will it still be considered ‘living’ in the true sense of the word?

We’re not saying progress in technology, physics, neuroscience and overall human intelligence in general — fields which are unavoidably set to open up possibilities that we can scarcely imagine — will negatively affect our existence. All we’re saying is that we just have to be a bit careful where these advancements take us as a society. But then again, and despite the risks of sounding contradictory, who’s to say it’s not worth trying. After all, and in the words of Arthur Conan Doyle: “Some believe what separates men from animals is our ability to reason. Others say it’s language or romantic love, or opposable thumbs. Living here in this lost world, I’ve come to believe it is more than our biology. What truly makes us human is our unending search, our abiding desire for immortality.” 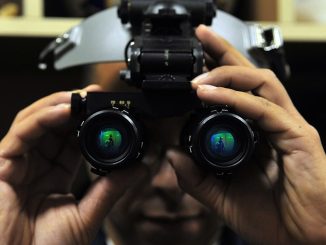 Protein Adjustment: The Anti-Aging Solution We’ve Been Waiting For?