For majority of the year, Amazon (NASDAQ:AMZN) stock has been on a remarkable roll. With Amazon Prime service membership skyrocketing, Amazon’s stock has surged by 70% from less than $500/share in January to almost $850/share in October. Then a few days ago, shares suddenly dropped to under $730. And what brought it on? Donald Trump winning as president? Maybe a little. More than that, however, there are other factors that are contributing to Amazon’s declining revenue: additional warehouses, higher shipping costs, and video content.

In the third quarter, Amazon opened 18 new warehouses. This fourth quarter, 5 more were added. Aside from the initial cost of building these fulfillment centers, there’s the additional cost of actually running and operating those centers too. And according to Brian Olsavsky, CFO of Amazon, they are expecting that the new warehouses will not be productive right away, even if the need to put up these additional centers was brought about by their ever-growing fulfillment requirements in the first place.

With the continuous growth of Amazon Prime membership and the increasing sales from the Fulfilled By Amazon program, a need for bigger storage space to guarantee their 2-day shipping commitment has emerged. More storage space means more warehouses are needed. And with more warehouses, a corresponding increase in fulfillment costs is logically a necessary consequence too.

And then there’s video content. Apparently, many new Prime members are inclined to use video, and Amazon sees this as the perfect channel to encourage higher retention and renewal rates. This is their basis for doubling their content budget for the second half of this year. And so they were able to increase the number of Prime originals to three times last year’s count. This was a strategic move meant to prevent churn as this gave members something new to look forward to each month. Next year, they plan to spend an even bigger budget to continue this trend.

More than just increasing their video content, they are expanding availability to other parts of the world as well. Aside from the U.S., Amazon Prime Video is now available in the U.K, Japan, Germany and soon in India at the very attractive discounted price of $7.50 a year.

Without a doubt, Prime Video has become an important part of Prime’s membership package, next to its main benefit of free 2-day shipping. So the company is spending more to build up on this. And according to Amazon founder and CEO Jeff Bezos, if they happen to win a Golden Globe, it will help them sell more. And only good things can come from that.

So Amazon is saying they’re willing to spend more to gain more. And there’s really nothing wrong with that, right? There are always highs and lows. If next year turns out to be a low one for them, there’s no reason to think that it will remain that way for long.

Amazon reached its current status by prioritizing customer satisfaction over profits. If they happen to spend an additional billion dollars to attract more customers and keep them loyal, in the long run, that’s still bound to get them back on top, wouldn’t it? 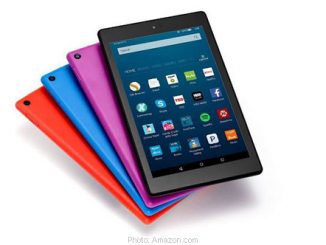 Amazon Could be Sitting on a Cloud Gold Mine (AMZN)