Shares of graphics chips maker Nvidia Corporation (NASDAQ:NVDA) today slipped 33 cents, or 0.48%, to close at $68.77, despite an upbeat assessment from Citi analysts Atif Malik and Amanda Scarnati, who initiated coverage of the stock with a ‘Buy’ rating, and a $90 price target, writing that the stock has spiked more than 108% since January 1, but that its t-12 and forward P/E ratio of 45.21 and 35.81, while a bit higher than peers, is justified.

“We believe Street is underestimating sales/earnings growth in next three years as Nvidia continues to transform itself from a PC to a diversified gaming, data center and auto graphics company,” the analysts wrote in their note to clients Wednesday, adding they model Nvidia’s “sales to grow 16% [Compound annual growth rate] CAGR (4x semis) and earnings to grow 35% CAGR (2x semis) in next three years.”

Citi, whose new price target represents a potential upside of about 31% from current levels, believes NVDA can generate “$3 EPS in C18 or 12% above Street.”

Santa Clara-based Nvidia is set to announce its third-quarter 2017 earnings after the market close on Wednesday, Nov 10. Analysts expect the chipmaker to report EPS of $0.56. That would be $0.03 higher the $0.53 per share posted last quarter and $0.20 higher the $0.46 posted in the Q316. Meanwhile, EarningsWhisper.com reports a whisper number of $0.59 per share.

Nvidia had a strong fiscal second-quarter 2017 and is likely to have a stronger fiscal 3Q17 as the company continues to expand on multiple secular themes like virtual reality [VR], deep learning, artificial intelligence, and self-driving cars. Additionally, the company’s revenue and profits have grown since the start of FY 2017, with strong growth returning in its ProV and data center segments as more and more companies adopt deep learning. These segments, including gaming, data center, auto graphics which according to Citi are forecast to remain strong and grow at 19%, 50% and 33% CAGR, respectively, thru fiscal 2019, are likely to grow further as trends in the VR, deep learning, and autonomous car spaces pick up.

Technically speaking, Nvidia has been building a tight upper level base above its 50-day MA with a healthy accelerated uptrend intact since mid-July. A move through $70 on good volume could lead to additional upside momentum and possibly a re-test of the $73 level. 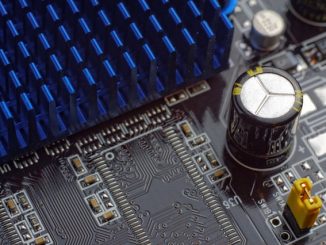