Shares of Amazon.com (NASDAQ:AMZN) are marginally lower in early trade Tuesday. The name however, spiked nearly 18 points to $835.75 in mid-day trading on Monday after Goldman Sachs (NYSE:GS) raised its price target on the stock to $1,050 from $920 and reiterated a ‘Buy’ rating on the name, projecting a slight Q3 revenue beat driven by faster growth of its cloud infrastructure business, AWS.

Goldman said it sees Amazon’s Q3 revenue at about $33 billion, versus the consensus outlook of $32.7 billion. The investment banking giant also said it expects Amazon Web Services’ growth to come in 60% higher on a year-over-year basis, even as e-commerce sales slow. Goldman believes AWS growth should be fueled by new capacity that it is adding, as well as “stable” pricing for its “key offerings”.

“We continue to believe the rapid pace of migration of workloads to the cloud and investments in AWS capacity in 2016 could accelerate growth in 2H16,” writes Goldman, adding that Amazon’s risk/reward ratio is positive, as its investments should “result in share gains, cash flow growth, and continued high returns on investment.”

Amazon is set to report its third-quarter results after the close on Oct. 27, with a conference call scheduled for 5:30 pm ET.

On valuation measures, AMZN shares are currently priced at 208.20x this year’s forecasted earnings, which makes them expensive compared to the industry’s 17.60x earnings multiple. The company’s current year, and next year EPS growth estimates stand at 368.00% and 80.30% compared to the industry growth rates of 7.00% and 15.40%, respectively. Amazon has a t-12 price/sales ratio of 3.22. EPS for the same period registers at $4.02. 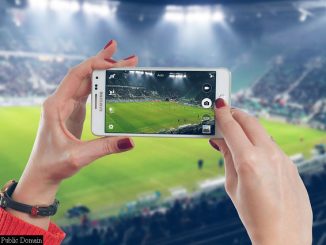