In an interview on FOX Business Network’s (FBN) Cavuto: Coast-to-Coast (weekdays, 12p-2p/ET), host Neil Cavuto spoke with Billionaire business mogul Mark Cuban. When asked whether he is advising Democratic Presidential Candidate Hillary Clinton on business proposals Cuban said, “they ask me for my advice on small business” and that “They ask me to go back and talk to my Shark Tank companies and get feedback on the elements that were important to them in terms of top to bottom.” When asked what would happen if Republican Presidential Candidate Donald Trump wins the election, Cuban said, “In the event Donald wins, I have no doubt in my mind the market tanks.”

“In the event Donald wins, I have no doubt in my mind the market tanks and so I literally have put on a more than 100 percent hedge.”

On his relationship with Donald Trump

“I mean we don’t have one. It’s as simple as that. I mean you ran that clip and I think I was 100 percent accurate. You know, people were excited about him…and it wasn’t about issues. But as I said in that clip, there are a lot of things I disagreed with him on. And at some point, issues matter. At some point, policy matters. And we just had a big falling out on that specific issue.”

“Oh, yes. Look, I’m happy to — yes, I mean, look, all candidates flip-flop to a certain extent over the years. And I don’t even hold that so much against Donald. But in terms of details, look, I’m happy to discuss the emails. You know, the thing about Hillary Clinton, she’s not good at communicating with the media. Donald is a master of it. The thing about the emails, people don’t trust her judgment when it comes to classified information, because she’s never discussed what she actually did with classified information. The reality is for 99.99 percent of the classified information she dealt with, she did it in hard copy, paper, secured transfer. Everything was done by the book. She didn’t even use a PC. For her email, she sent and received emails from a total of 13 people. That’s it. Thirteen people. And across those 13 people, there were 68 classified threads.”

“No, I mean I don’t think so because I’m a tech guy, right? I’ve set up email servers. I made it. I had a business that I built and sold.”

“But to your point, look, she has done a horrible job communicating. She’s tried to address the emails as a standalone issue when really the question is how does she deal with classified information on a day to day basis? And she has a great answer. She did it via hard copy, but she’s never used that answer. And as I said, she doesn’t do a good job explaining herself.”

On whether he is involved in Hillary Clinton’s debate prep

“I haven’t been asked, but would I do it? Yes… They haven’t brought it up at all. And it’s not like I talk to them every day. I mean I get an email once every few weeks ask — you know, they ask me for my advice on small business. They ask me to go back and talk to my Shark Tank companies and get feedback on the elements that were important to them in terms of top to bottom, you know, ranking them and prioritizing them. And in reality, she included a bunch of those things that I got back from the companies in her small business proposal. So I mean she is responsive in that respect.”

“Well, in terms of why now, I mean because he — it just happened now. And I also Tweeted after that that in terms of my family, my kids, my team, you know, I’m going to suggest — in my family I’m going to require that they put their hands over their heart and they stand for the national anthem, “The Pledge of Allegiance,” “God Bless America,” etc.”

“I’d discuss it with him and say, look, if this is the message you want to send, then that’s up to you. But the point I was making in the first Tweet, you know, in the — in this day and age, we don’t have a lot of civil discourse. When somebody disagrees, we set — we tend to march, we tend to punch, we tend to yell, we tend to scream, we tend to shoot. All — you know, nothing that’s positive. Colin Kaepernick, he didn’t put out a press release, he just didn’t stand up. And my point was, I respect somebody who, if you’re going to take issue with something, particularly as important as standing for the national anthem, you — he did it in a non-violent manner. When so many other people are, you know, creating conflict and, you know, causing situations that can lead to harm or — if not death, he did it in a non-violent manner and I think that’s a positive.” 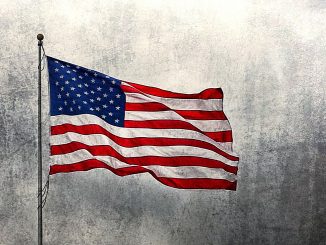 Romney is Not a Tax Idiot