But if you think 5 bucks for a streaming service sounds too good to be true, it is. There’s a reason why Amazon was offering music this cheap: to monopolize the segment. Recode reports that to enjoy the $5 streaming service, subscribers have to use Amazon’s smart speaker, the Echo.  The Echo is a home entertainment system powered by Alexa, Amazon’s version of Siri. Since its launching a year ago, Amazon has been working hard to push the Echo system to users. According to reports, Amazon has sold over a million Echo speakers but there is no way of saying if the new service will boost sales.

Amazon’s Echo-exclusive service is not the only project the company has in store for music lovers. There will be a standard $10-a-month streaming service in the pipeline to compete with Apple and Spotify. This service is available for those who do not own an Echo speaker.

“Industry sources say Amazon would like to launch both services in September, but has yet to finalize deals with major music labels and publishers,” Recode reports. “One sticking point, sources say, is whether Amazon will sell the cheaper service for $4 or $5 a month.

The lower-priced service would represent a novel approach. Other services have tried, without success, to offer subscriptions in the $5 range. But those have usually been variants of web radio services, which don’t let users play any song they want, whenever they want.”

It appears that Amazon has yet to get all major music labels to sign off on the Echo, which is unsurprising considering that those who own the rights to music are not keen on lowering the prices. Other companies – including Apple – also tried and failed to bring the monthly cost of music streaming down. Just like Amazon, Apple wanted to offer cheaper music when the service launched.

Because the new model does not allow users to store music on their mobile devices, Amazon was able to get the three majors on board the plan, unlike Apple Music and Spotify. The service is essentially replacing downloads entirely. Amazon did not reveal more details related to the streaming service but hopefully, the company will offer something new instead of being just another alternative to an increasingly crowded space.

This will not be the first time Amazon is entering the streaming music business but this could be the first time that the retail giant will attempt to position itself as a major player in the industry. Amazon Prime subscribers are already given access to Prime Music, which was developed as more of a benefit than a true competitor for other streaming companies. And with over 50 million paying customers, Amazon Prime and Amazon Music could be the largest streaming services in the business. 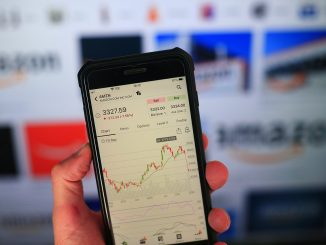 Why Apple’s (AAPL) iPad Mini Costs So Much: Report