Everyone in Silicon Valley knows that when you release a program that doesn’t work, you just do it over and release Version 2.0.

It is hard to think of any government program that works less well than the Affordable Care Act. So I suppose it is no surprise that its principal cheerleader wants to bequeath to us Obamacare 2.0.

Specifically, since private insurers are pulling back from the program in droves and the co-ops that were supposed to compete with these private insurers are dropping like flies, the president wants to create a so-called “public option.” In other words, let the government provide the insurance that neither the co-ops nor the insurance industry itself find economically feasible.

Obama submitted an article to the Journal of the American Medical Association in which he argued that a government-run plan could fill in the gaps in parts of the country where consumers have little choice on the open market. “Public programs like Medicare often deliver care more cost effectively by curtailing administrative overhead and securing better prices from providers,” Obama wrote. “The public plan didn’t make it into the final legislation. Now, based on experience with the ACA, I think Congress should revisit a public plan to compete alongside private insurers in areas of the country where competition is limited.”

From the president’s perspective, that change would neatly fix his broken legacy program. That’s because, unlike co-ops and private insurers, the government cannot go broke. It can just keep taxing and borrowing ad infinitum to try to mask the true costs of the Affordable Care Act without fixing the legislation’s fundamental flaws.

The original sin of the Affordable Care Act is that it relies on young and healthy people to buy insurance that covers more than they want and costs far more than they can afford. These target customers are staying away from the Act’s plans by the millions, despite the administration’s best efforts to reach them. This leaves an older and sicker pool of customers for insurers to cover, forcing insurers to raise their rates. Obama is keenly aware that the next wave of rate hikes will arrive just days before the November election. These higher rates will drive still more relatively healthy clients out of the system.

How would a public option, such as letting working-age people buy into Medicare, fix this problem? It can’t. It can only do one of two things. It can either siphon sicker patients away from private insurance by offering them more care at lower out-of-pocket costs, or it can drain healthier patients away from nongovernment alternatives. In the first case, taxpayers would be stuck footing a vast bill in what amounts to a massive cash transfer to the insurers, who will profit from covering a cherry-picked population. In the second, the program would hasten the collapse of the private Affordable Care Act exchanges and effectively leave the country, or at least the portion of the country who works outside the corporate sector, reliant on a single-payer, government-run health program.

This second scenario is the true dream of much of the political left, probably including Obama. Many liberals fought hard to include it in the original version of the law, though they ultimately failed. But it is not something that Americans in general have ever wanted – at least not once they understand what “single payer” means.

Of course, with a Republican-controlled Congress, there is no chance whatsoever of the public option the president discussed actually happening. So Obama has cynically blamed what he calls “hyperpartisanship” on the part of the GOP for failing to fix the Affordable Care Act’s numerous flaws.

He is right about the hyperpartisanship but wrong about its source. Democrats rammed this defective product through Congress with virtually no Republican support. The president’s party, therefore, completely owns the law’s results. Democrats also found themselves unable to try to fix their own mistakes when voters promptly threw them out of power, leaving them unable to course correct through legislative action. Now the president sees a decent chance that his namesake program will simply fail and he wants a do-over.

Sometimes the second version of a product is the one that takes off. But a lot of the time, a package that fails to live up to its promises is simply rejected by its market, even after substantial changes. The prospects for Obamacare 2.0 do not look good. 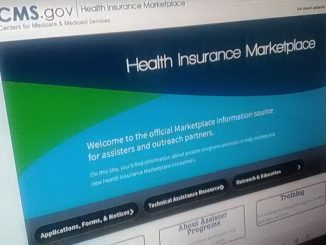 Another Twist In Obamacare’s Death Spiral

Obama’s Means May Meet Their End