Apple (AAPL) stock is lower by 0.52% to $93.39 in late morning trading on Tuesday, following a report by Canaccord saying that their survey shows that interest in the larger screen iPhone 6 products is waning as users are increasingly looking toward the iPhone 7 launch likely in September. Furthermore, Canaccord expects iPhone sales in the U.S. market to fall below 50% of total smartphone sales during the June quarter.

It’s worth noting that while the firm expects iPhone sales to decline into the launch, they do anticipate recovering sales with the introduction of iPhone 7.

Canaccord believes the iPhone installed base exceeded 500 million at the end of FY2015 and overall active installed Apple devices exceed 1 billion users. The firm has a ‘Buy’ rating on the stock, and an $130 price target.

In other Apple news this morning, Citi (C) analyst Jim Suva, who has a ‘Buy’ rating on Apple with a $115 price target, expects AAPL stock to be range bound given data points during the “seasonally slow summer” and ahead of the iPhone 7 launch.

Meanwhile, DigiTimes reports that chipmaker Intel Corp (INTC) plans to supply up to 50% of the modem chips to be used in the next version of the iPhone. Currently, Qualcomm (QCOM) is the supplier of LTE modems for the iPhone. Separately, CNBC reports that Apple’s top Taiwanese suppliers have started mass-hirings in preparation for building the iPhone 7 series. CNBC also reports that David Einhorn, the founder of Greenlight Capital, has increased his stake in Apple alongside other moves. Einhorn gave a quarterly update on its stakes in a SEC filing.

Is Apple (AAPL) Building Some of Its New iMacs in the U.S.? 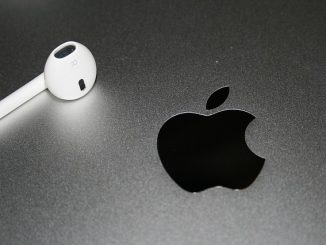