Shares of Microsoft Corporation (MSFT) were up slightly this morning after the company said in its Windows blog that over 14 million people are already using Windows 10. The software giant also said that it is “carefully rolling out Windows 10 in phases, delivering Windows 10 first to our Windows Insiders.” That means that while millions have already received the upgrade, two days after the new operating system’s release, there are millions more that are still waiting to receive their upgrades.
—
Shares of Facebook, Inc. (FB) are lower marginally, down 0.33% to $94.90, in pre-market trading following the company’s announcement of new milestones in Connectivity Lab’s Aircraft and Laser Programs.
—
Shares of Maxwell Technologies, Inc. (MXWL) surged nearly 10% to $4.65 in early trading after announcing a long-term partnership agreement with China’s largest rail company, CRRC Corp. Maxwell also reported Q2/15 ($0.11) earnings, $0.09 better than the Street’s consensus estimate of ($0.20). Revs came in at $37.8 million versus the $37.41 million consensus.
—
Shares of RADA Electronic Industries Ltd. (RADA) tumbled 32% in premarket trading Friday morning, putting them on track to extend their 2015 slump of 27%. The company announced today that it has priced a public offering of 6.9 million of its ordinary shares at $1.23 a share.

RADA Electronic Industries said the net proceeds of this offering will be used for the repayment of debt and the payment to an affiliate of the company’s controlling shareholder for expenses incurred in the course of financing negotiations.
—
Amgen Inc. (AMGN) shares surged 2.51% to $176.00 in pre-market trading after the biotech giant reported adjusted Q2/15 EPS of $2.57 per share, beating estimates of $2.42. Revenue rose 3.7% yoy to $5.37 billion, above views for $5.31 billion. 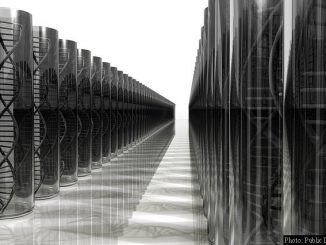 Where Is Facebook (FB) Stock Headed in the Short Term?