Equinix, Inc. (EQIX) was reiterated a ‘Buy’ by Canaccord Genuity analysts on Thursday. The broker also raised its price target on the stock to $300 from $260, implying a 17% expected return.

Equinix, Inc., currently valued at $14.49 billion, has a median Wall Street price target of $255.00 with a high target of $270.00. Approximately 1.1 million shares have already changed hands, compared to the stock’s average daily volume of 839K shares a day.

EQIX currently prints a one year return of 38.23% and a year-to-date return of around 9%. Microsoft Corporation (MSFT) rating of ‘Outperform’ was reiterated today at RBC Capital Markets with a price target increase of $54 from $50 (versus a $49.06 previous close). Analysts at Credit Suisse are out with a report this morning upgrading shares of JetBlue Airways Corporation (JBLU) with an ‘Outperform‘ from ‘Neutral‘ rating. The firm raised its price target for the company to $27 from $21. Analysts at Raymond James upgraded their rating on the shares of ARRIS Group, Inc. (ARRS). In a research note published on Thursday, the firm lifted the name with a ‘Strong Buy‘ from ‘Outperform‘ rating. 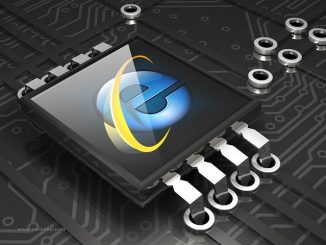