Since 1992, scientists have been scanning the brains of research subjects with magnetic resonance imaging (MRI) and then creating a motion picture-like effect by combining the scans in order.

As they conducted experiments, researchers began to notice that the brains of older people don’t light up the way the brains of younger people do. And so a large body of thinking began to emerge that as we age, our neurons cease to do such a great job of communicating with each other. The implication was depressing — as you get older, your brain wears out. Areas in red during an MRI show activity as subject is asked to solve a problem.

Not so fast — what about the obvious fault in this theorizing everyone seems to have missed? The key to fMRI, which stands for functional magnetic resonance imaging, is that it measures blood flow, not electrical or magnetic waves produced by the brain as its neurons fire away. What if the difference between old brains and young brains is about blood flow, not neurons getting tired?

That’s exactly the question scientists at the University of Cambridge and the Medical Research Council’s Cognition and Brain Sciences Unit asked. Their research indicates that it’s not the neurons that age, it’s the blood vessels clogging up.

In a study published in the journal Human Brain Mapping, the Cambridge, England, scientists noted that when they compensated their measurements for blood flow, functional abilities of older people to process visual information and hearing were the same as young people’s.

The research tends to confirm what many cardiologists have long believed about one cause of dementia — that the brain isn’t forgetting how to remember things, it’s just not getting enough blood.

And what does all this really mean? It means that you have some control over how ditzy you may get when you get older by treating your body well throughout your life. And just when you thought no one could possibly come up with yet another reason to become a vegetarian and exercise for an hour every day. 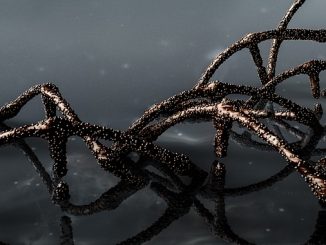